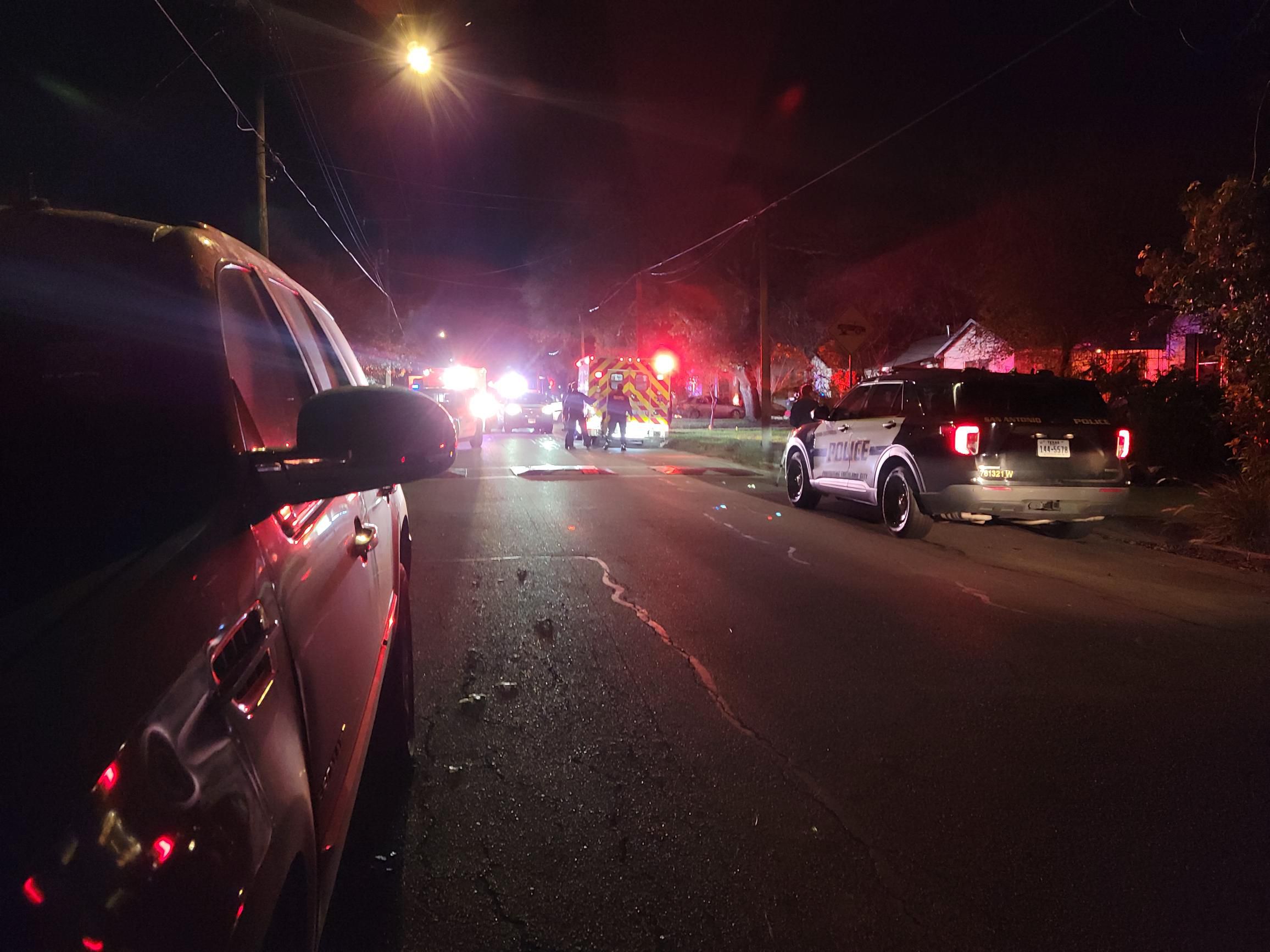 San Antonio police are searching for two men who showed up at a Northwest Side home, shot two people and tied up another person early Monday morning.

A man told police that he and two other men were inside a home in the 2100 block of Clower, near West Avenue and Interstate 10, when two men showed up and banged on the door.

The men were asking for someone by name, he told police. They ended up restraining one man with Zip ties and throwing him out of the house.

The men then shot the two other men who were inside the home, police said.

The restrained man was able to make it to his feet and run to a neighbor’s home to call for help just before 5 a.m.

The two gunmen fled in a silver Jeep, police said, and officers are searching for them by helicopter.

This is a breaking news story. It will be updated as more information becomes available.