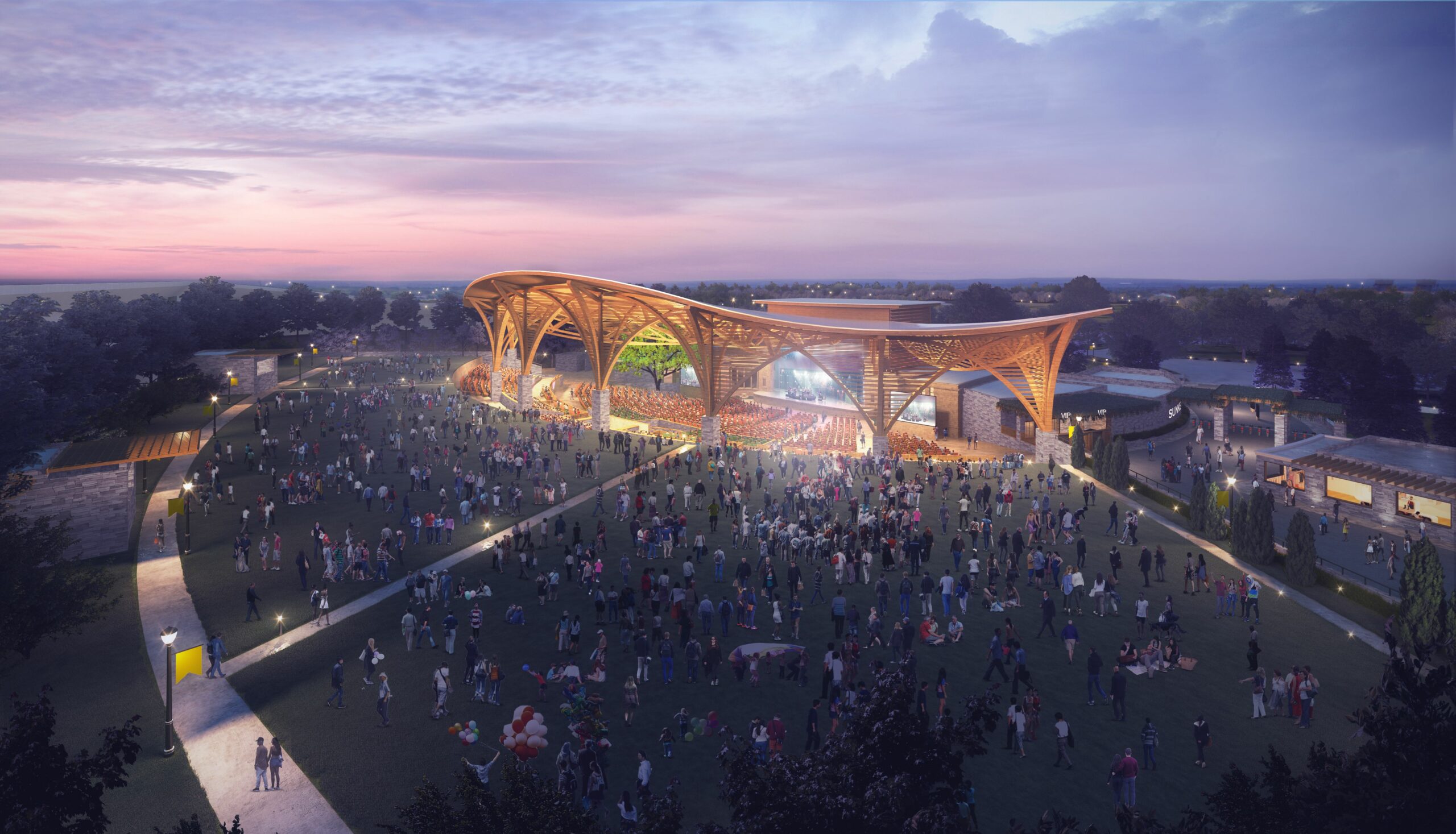 After seeing its request for city bond money shrink from $25 million down to $5 million, the Brackenridge Park Conservancy hopes San Antonio City Council members will reverse course and provide more funding for a massive renovation of the Sunken Garden Theater.

The conservancy is pushing for a $62 million overhaul of the city-owned, 1930s-era theater, located next to the Japanese Tea Garden in Brackenridge Park. Plans include new facilities, professional lighting and sound systems, and a sweeping roof that covers the stage and expanded seating area.

The conservancy has an agreement with the city to develop the venue, though the question of who would operate it once renovations are complete has yet to be determined.

The group’s incoming president, Nicolas Hollis, hopes the renovations could attract more performers to the venue.

“Last year, 89 acts bypassed San Antonio that went through Texas to the other three cities. So we’re not seeing the artists that people in San Antonio want to see,” Hollis said.

To fund the project, the conservancy is relying on a mix of public and private dollars — with the goal being $25 million from the city, $25 million from Bexar County, and $12 million of private money.

But the conservancy says it’s vital to get the city’s commitment on the books.

“Obviously, it’s a city facility. Everyone’s going to ask, ‘Well, you know, what’s the city putting in?’ first,” Hollis said. “So it’s extremely important for them to step up to the plate and to be part of the, you know — part of the first initial funding.”

The conservancy requested $25 million from the upcoming $1.2 billion, 2022-2027 bond program, but city staff recommended only funding $20 million of that request at first.

After an initial city council discussion, during which members questioned the amount of money ear-marked for “citywide” projects like the theater, staff members cut their recommendation in half — down to $10 million.

Since city staff also have plans to provide an additional $15 million in funding through the Midtown Tax Increment Reinvestment Zone (TIRZ), the conservancy was fine with the lower recommendation, since it would still add up to the $25 million the group was looking for from the city.

However, a citizen committee charged with making its own recommendations for bond funding decided to cut the Sunken Garden Theater’s bond request in half again — down to $5 million.

But that won’t be the final word. The city council is in charge of setting the final list of projects before they’re baked into the bond propositions and put in front of voters.

Though he said the conservancy was “very thankful” for the $5 million, Hollis hopes the council decides to disregard the committee’s recommendation for the project and raise its allocation back up to $10 million.

If not, a $5 million cut to a $62 million project wouldn’t be a fatal blow, but it isn’t pocket change either.

“What it does is it means that we have to find those funds somewhere else, or there are things that we most possibly might not be able to do,” Hollis said. “And we want to create a world class theater, and that icing is, you know — that $5 million creates a lot of icing to add to the real amenities on top.”

The city council is expected to review the list of committee recommendations for bond funding on Jan. 12 and vote on a final list Feb. 10. The six resulting bond propositions will be on the May 7 ballot.