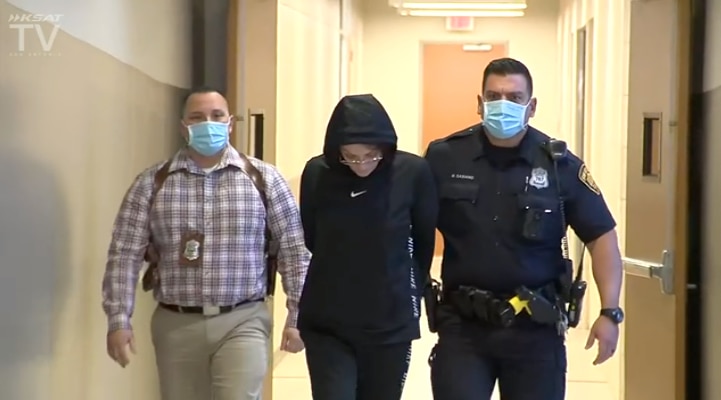 San Antonio police have arrested a woman two days after two toddlers were found alone and tied up or otherwise trapped in a Southeast Side home’s bedroom.

Priscilla Ann Salais, 37, was taken into custody Tuesday on two counts of endangering a child.

The discovery happened Sunday afternoon in the 400 block of Bailey Avenue near Rigsby Avenue, when a woman called 911 asking them for help checking on her grandchildren in a locked bedroom, according to Salais’ arrest affidavit.

The boy was found in a playpen “that was completely covered” by a changing table and baby carrier, trapping the child within the enclosure. The boy’s diaper was “heavily soiled,” according to the affidavit.

“What she did to these children is unforgivable,” Police Chief William McManus said about the arrest on Tuesday.

Salais was given temporary custody of the children because their parents are being investigated by Child Protective Services due to concerns of physical abuse, according to the affidavit.

While being taken into custody, Salais denied the charges against her, telling reporters they needed to “get their facts straight” about the case.

The children were turned over to CPS.