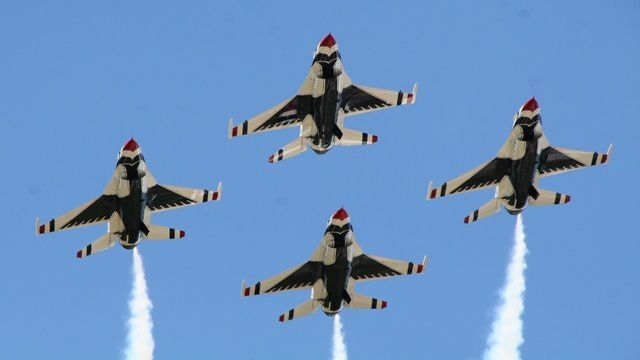 The Air Force’s Thunderbirds are returning to San Antonio in April as part of the Great Texas Airshow.

While they won’t be doing a flyover of the city like they did in 2020, the Thunderbirds will be participating in the aerial event along with the F-35A Lightning II Demonstration Team, Tora! Tora! Tora!, F/A – 18 Rhino, C-17 Globemaster and more.

Shockwave, a custom-built race truck equipped with three jet engines, will also be participating in the show.

“After a challenging season and last year’s airshow cancellation, we are all looking forward to celebrating the heritage, precision, and professionalism of our Air Force and providing the San Antonio community an opportunity to interact with the teammates and mission partners who are responsible for making JBSA the DoD’s premier joint base,” said Brig. Gen. Caroline Miller, the 502nd Air Base Wing and JBSA commander.

The Great Texas Airshow is free and open to the public.

Additional information will be provided closer to the airshow date.

A press release from JBSA states that the airshow will be streamed live for those unable to visit in person.

Watch cockpit video from a Thunderbird pilot during the San Antonio flyover in May 2020: