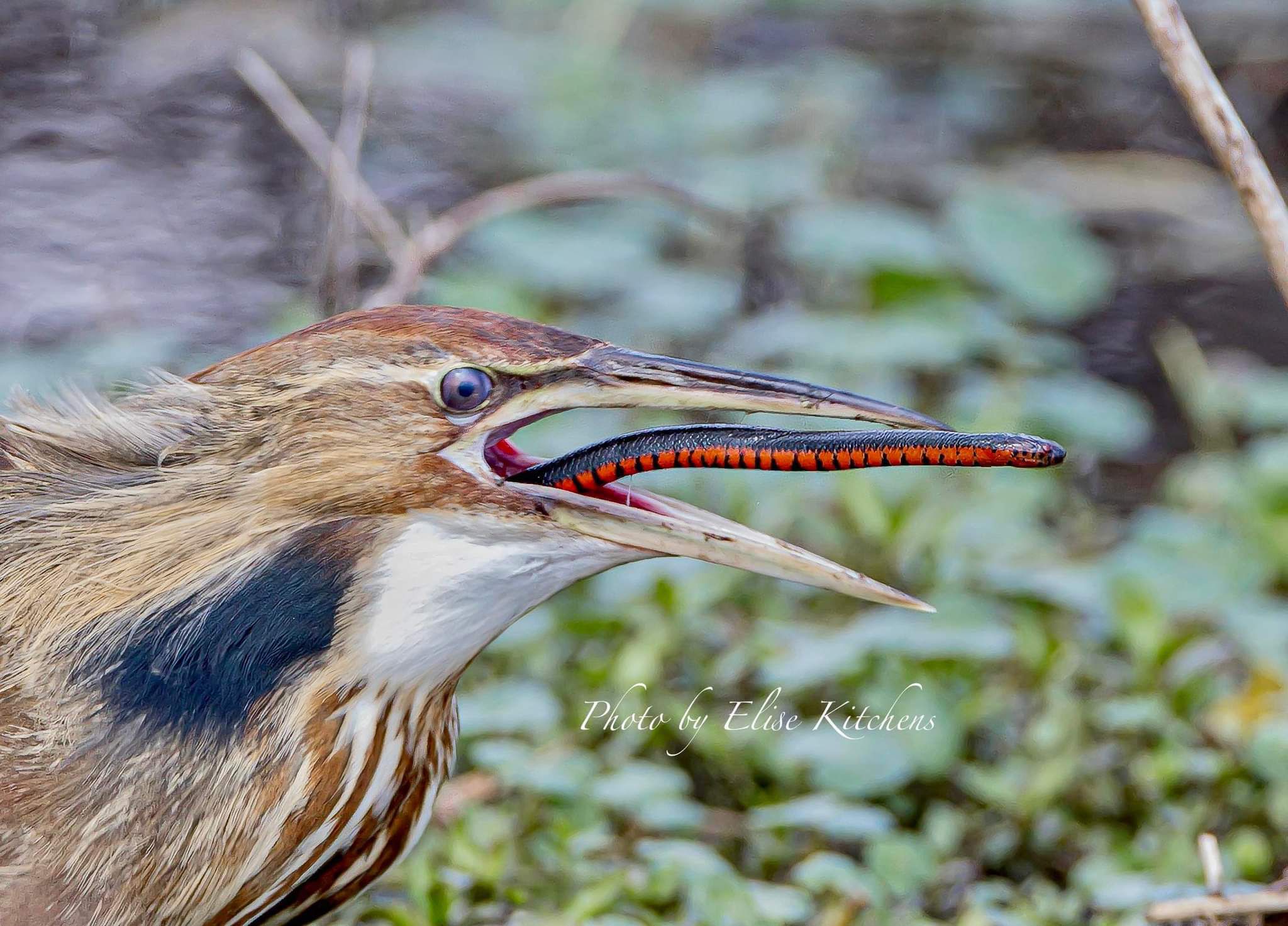 The early bird gets the worm — or in this case, the snake.

Elise Kitchens, a hobbyist photographer, got an incredible shot of an American bittern eating a mud snake over the weekend and the photo is drawing some attention on social media.

Kitchens told KSAT she was at Brazos Bend State Park on Saturday when she came upon the bird eating the snake.

“I was wrapping up a productive morning for photos and stopped to shoot a turtle. Someone a few yards down called out to get my attention. The bittern had just grabbed the mud snake. I of course ran right over,” said Kitchens.

“The Snake was fighting pretty hard, but the bittern managed to get him down. Then he came back up,” Kitchens continued. “We could see the snake’s head popping out of the bittern’s mouth. That was wild enough, and the bittern swallowed him again.”

Turns out the snake wasn’t done fighting and came back up again and that’s when Kitchens got the shot.

“When the snake stayed down, the few of us standing there looked at each other with ‘Did we really just see that??’ faces. Crossed my fingers for in-focus shots,” Kitchens said.

The photos were definitely in focus, as it turns out. Kitchens sent a copy of the crazy scene to Brazos Bend State Park and officials then posted the photo to social media.

The snake is believed to be a red-bellied mudsnake, but as it’s now been eaten by a hungry bittern, it’s just a best guess.

“Photographers all hope to have that ONE photo…we mentally picture something beautiful, artistic and ethereal. What’s the shot everyone likes? A snake impersonating an alien,” Kitchens quipped.