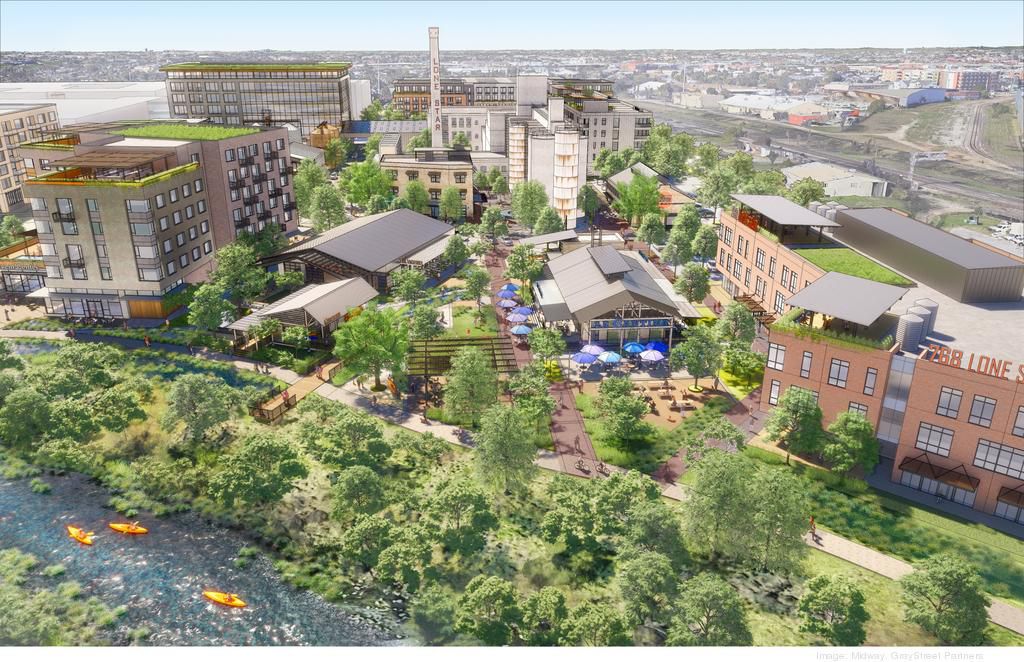 The 32-acre site once home to Lone Star Brewery is again for sale, putting plans for a major destination development south of downtown San Antonio in doubt.

The latest twist in what has been a multi-decade effort to revitalize the once hopping area along the San Antonio River comes less than a year after City Council approved as much as $24 million in incentives to support the nearly $600 million project.

The Business Journal reported in spring 2020 that a subsidiary of GrayStreet Partners was acquiring the real estate along Lone Star Boulevard.

Last year, GrayStreet enlisted the help of Midway, a Houston-based real estate investment, development and management firm to help with reimagining the Lone Star property. They’ve pursued a redevelopment plan for the former beer-making site that could include a mix of office, hotel and retail development.

“Together with our partners, we are exploring the opportunity to sell all or part of the Lone Star District,” Midway confirmed in a statement, noting that the firm often considers such sales throughout the development cycle of its projects.”

In May, despite previous failed attempts by others to redevelop Lone Star, Covey said he wanted to rescue the once-popular area from nostalgia and that he was optimistic his group had the right vision and enough bandwidth to advance its plan.

“We feel like we have a lot of flexibility to do something cool,” he said, noting that Midway brought additional experience to the table.

Now, it’s unclear what the future holds for the property.

“While we remain eager to work in San Antonio, Lone Star District is first and foremost a land investment,” Midway added in its statement. “We constantly evaluate current market opportunities on our investment in order to maximize value for our investors.”

The Business Journal will continue to follow this developing story.