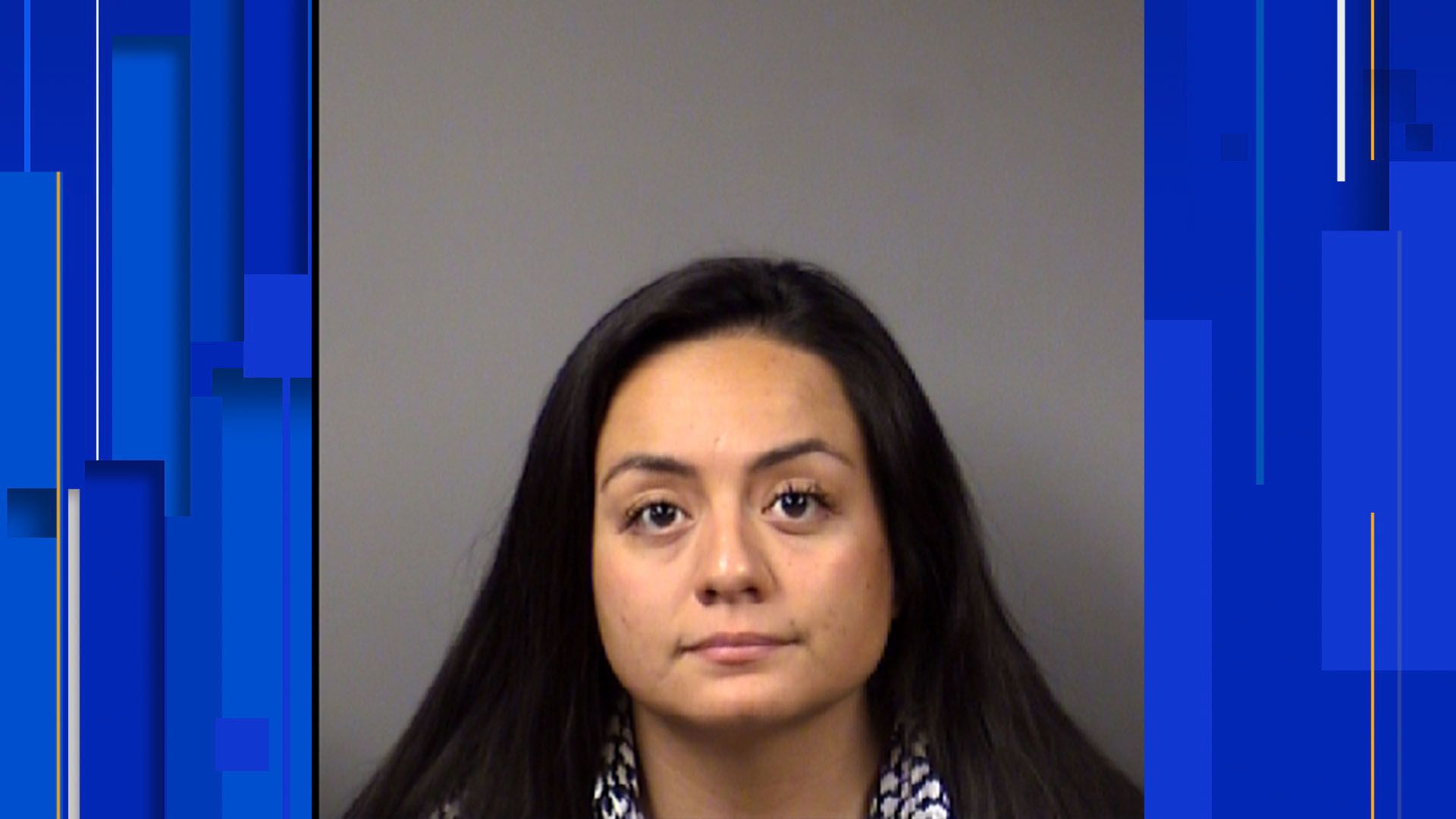 A Bexar County Sheriff’s deputy accused of striking a teenager while he was in handcuffs nearly two years ago was indicted Tuesday on charges of official oppression and assault causing bodily injury, court records show.

Deputy Abigail Rios, 30, was taken into custody just before 10 a.m. Wednesday. At last check, Rios was being held on bonds totaling $6,000.

A co-defendant, listed in charging paperwork as Deputy Raul Maldonado, was not indicted and so far has not been criminally charged, court officials confirmed Wednesday.

Rios, while off duty on New Year’s Day last year, is accused of striking a then-17-year-old who was in handcuffs while being investigated for allegedly breaking into vehicles in a neighborhood in the 1400 block of Oriole Court around 3:30 a.m.

Moments after the then-17-year-old David Rodriguez and another teen were taken into custody, they claimed they were roughed up by off-duty Bexar County sheriff deputies, and home surveillance footage obtained by the KSAT 12 Defenders last year appeared to back up some of their story.

The video, recorded by a woman’s security system, included footage of one of the teens appearing to be hit and shoved while in handcuffs.

In the video, an on-duty Bexar County Sheriff’s deputy is seen placing Rodriguez on his knees near a county patrol car with his arms handcuffed behind his back. The on-duty officer goes about his duties as two people hover nearby.

One of the figures, a woman later identified in the incident report as Rios, appeared to be very agitated as she paced back and forth.

Rios was one of two off-duty deputies who allegedly caught Rodriguez and his 16-year-old friend breaking into a neighbor’s vehicle, according to the incident report.

In the video, the woman rushed toward Rodriguez, appeared to yell at him, and then hit him in the face with her hand.

Seconds later, a man who is also at the scene appears to grab Rodriguez’s hair and slam his head against the patrol vehicle.

The on-duty deputy does not seem to intervene but quickly places Rodriguez in the back of the patrol vehicle as the man and woman walk away and out of view of the camera.

“She grabbed me by my bag and then put her leg behind my legs and threw me down onto my back,” the then-16-year-old told the Defenders last year. “Then, she got on top of me and had my hands against the ground and then, she put her knee against my chest.”

The teen claimed he was then attacked by a group of people who had followed Rios out of a nearby home.

The teen said he suffered minor injuries from the attack.

“Like the side of my face was swollen,” he said. “I had like two black eyes. And then I had a cut on my ear.”

“I was outraged. I was pacing back and forth. I was angry. I was hurt,” the mother of one of the teens told the Defenders last year. “And for three officers, who are supposed to protect and serve, to violate my son’s rights that way and treat him as if he wasn’t human was very, very hard to deal with.”

A BCSO official said as of Wednesday Rios was still on administrative duty. He did not have information on Maldonado’s current status.

A burglary of vehicles charge against Rodriguez stemming from the incident is no longer listed on the Bexar County court records site.