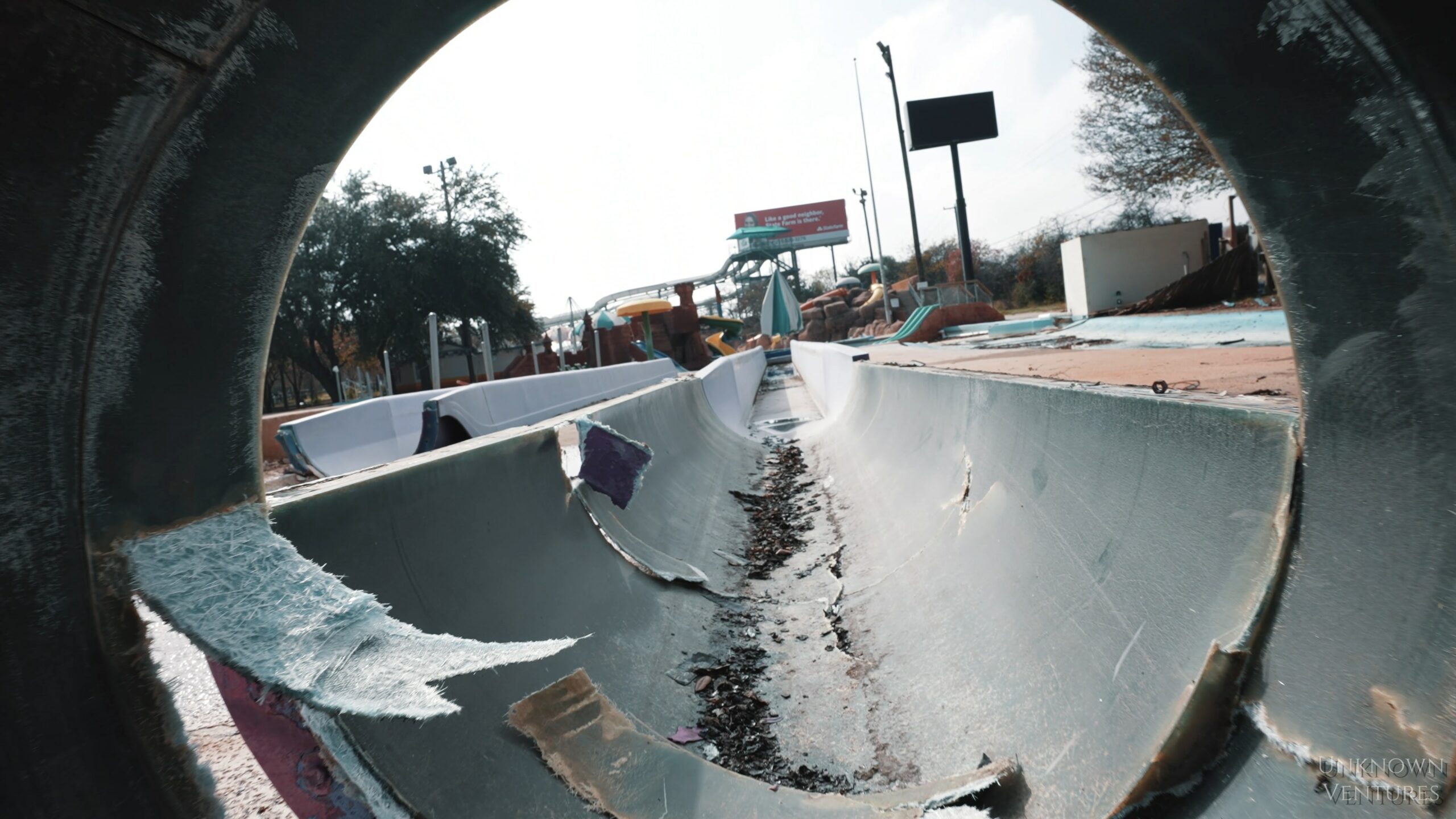 A photographer and avid abandoned explorationist visited the now-shuttered Splashtown in San Antonio in December and snapped photos during his visit.

Robbie Brown, a paranormal investigator who makes short documentaries called Unknown Ventures, visited the old water park in December after it permanently closed and said it looked like a scene from “The Walking Dead.”

“Walking through the park was a thrill. It’s something I do when I have free time,” Brown told KSAT 12. “Getting to see a place that I have been and my kids have been, run down and about to be demolished can get you in the feels. It was a beautiful mess.”

San Antonio City Council approved a zoning change in October that would allow for a car dealership to be built on the old Splashtown property.

Bobby Cavender told council members at the time that the Cavender family is looking to buy the property because the owner of Splashtown “has decided to retire.”

Splashtown originally opened in San Antonio as Waterpark USA in 1985 before it changed hands in 1991 and again in 2006 when President/General Manager Keith D. Kinney bought out other shareholders to become the sole owner.

Brown said one of the most interesting things he saw when he visited the abandoned park were the slides, which he described as “run down,” and the lazy river, which was “completely empty full of debris.”

Brown, who said he visited Splashtown as a child, said it “was a great experience and good memories” of his time at Splashtown.

A completion date for the full demolition of the water park has not been made public but Brown captured video footage of some of the rides having already been removed.

Cavender has previously said the new dealership would bring more jobs to the area, including jobs for graduates of St. Philips and other technical schools in San Antonio.

You can see a video of the abandoned park from Brown on YouTube.