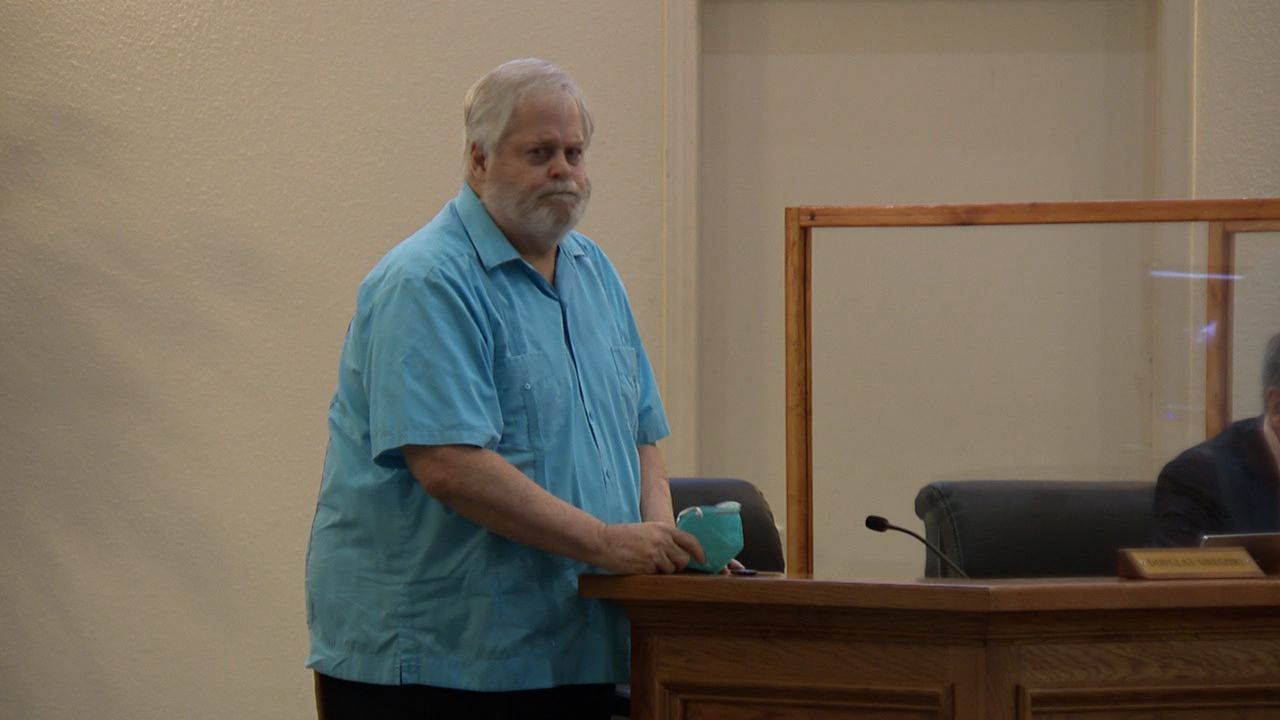 The footage, recorded Aug. 16 by a security camera inside Armadillos Antiques N More, shows Gregory berate the women for 12 minutes after he believed they had racially profiled a man he identified as his “constituent and friend” earlier that day.

The same security camera captured footage of the man entering the store holding a magazine and a Starbucks bag and then leaving about 10 minutes later holding the same items, without purchasing anything.

Two female employees can be seen asking each other if he had walked out with an item in the store. One of the women then walked out to the sidewalk and asked him, “Sir, what is that?”

After the man, who Gregory identified as Hispanic, held up the items, the woman told him, “Have a good day.”

An hour later, the footage shows Gregory enter the store and ask to speak to the owner before introducing himself as a city councilman from Castle Hills to the same two female employees.

“That’s shameful. And you don’t go after somebody and say, ‘What are you holding?’ when he’s walking out of your shop. That is racial profiling and that is racism. And let me tell you, I know every single person in Castle Hills. And if they ever ask me about this shop, I will simply say, ‘avoid it.’ This is shameful, this is shameful behavior,” said Gregory, less than a minute after walking into the shop.

Gregory, in all, told the women their behavior was “shameful” six times during the diatribe.

The footage also shows Gregory demand to know which of the women followed his constituent outside.

“It reflects upon this store greatly,” said Gregory.

The women told Gregory they were not aggressive during the encounter and did not racially profile the man.

“I didn’t even know he was Hispanic,” one of the employees said during the encounter with Gregory.

Gregory’s rant appeared to drive multiple customers from the store, including one woman who told the employees, “I’m sorry ladies,” before walking out shaking her head.

After Gregory said he may pass along what happened to Castle Hills’ Hispanic mayor, JR Trevino, a woman off camera interjected.

“Will you tell the mayor how hostile you’re being to these ladies? I’m a Hispanic. They have apologized profusely. And they’ve heard your point. They heard you. They heard you. And they apologized and they asked that you send their regrets and their apologies, to the gentleman. So why do you continue to be so hostile towards these women? They were doing their job,” the woman said, before asking Gregory to let the customers shop in peace.

Castle Hills Police Chief Steve Zuniga told the Defenders via email last month that the department obtained a copy of the footage after a complaint was filed with his department about Gregory’s behavior.

“I reviewed the video and observed that nothing criminal had occurred, just Mr. Gregory being loud and obnoxious,” Zuniga wrote via email.

The police chief added that if he had found a criminal act occurred, he would have contacted San Antonio police since the interaction happened outside of Castle Hills jurisdiction.

Reached by telephone last month, Gregory told the Defenders he returned to the shop the following day to clear up the issue with one of the shop’s owners.

“I can say it would have been more gentlemanly to be less passionate,” said Gregory, who added that he was adamant racial profiling had taken place.

“That is the one thing I will get very passionate about,” said Gregory, who claims he has told residents to shop at the store, located down the street from Castle Hills city limits, after the dust settled on the incident.

Castle Hills’ mayor confirmed no action was taken against Gregory following his rant.

“I can’t say that I agree with the way that Mr. Gregory conducted himself, but I can appreciate his concerns that somebody was singled out. This is something that is unfortunate, but it’s also a personal matter. So we’re hoping that he’s taken care of it the best as possible,” said Trevino.

Trevino said he personally apologized to a store owner and told him Gregory’s actions were not reflective of the city of Castle Hills.

One of the employees seen in the footage told the Defenders off-camera last month that Gregory has not apologized to her or to the other woman.

She said that even though she did not feel physically threatened by Gregory, she is still “shaken up” by the incident and will never follow a customer out of the store again, even if she believes he or she may have taken something.

Gregory was publicly censured by council in 2018, weeks after a Defenders investigation revealed he pressured city staff to move the street he lives on to near the top of the city’s street repair list.

Council members had weighed whether to ban Gregory from serving as chairman of any city committees, before eventually voting just to censure him, declaring that Gregory “showed poor judgment in and abuse of power while exercising his duties as Chairman of the Streets and Drainage Committee,” city records show.