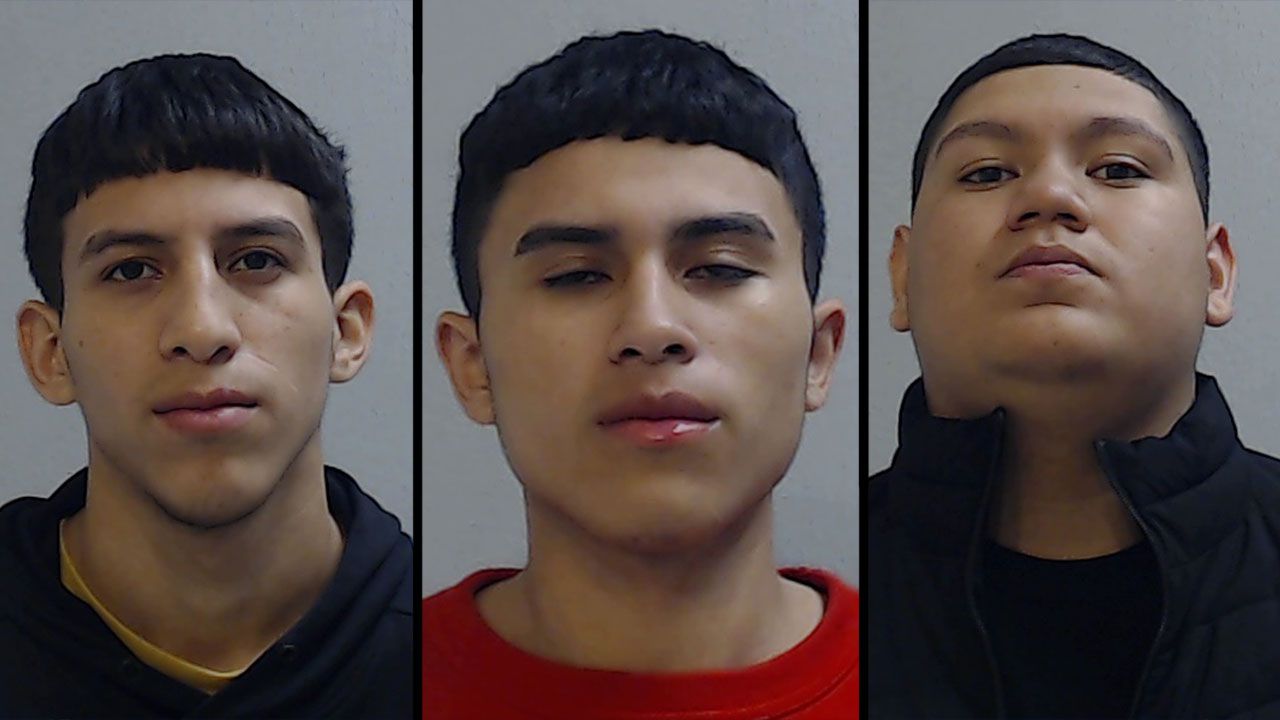 A trio of teens accused of beating a man to death in January is still behind bars and awaiting indictment, but court records detail the charges their facing.

Alejandro Trevino, 18, and Christian Trevino, 17, along with family friend Juan Eduardo Melendez, 18, are accused of beating 42-year-old Gabriel Quintanilla and leaving him to die in a field in McAllen at the beginning of the year.

“There is nothing new to report,” Pharr chief of police Andy Harvey said after KSAT reached out via email Wednesday morning.

However, Hidalgo County court records show there have been updates on some of the charges and bond amounts for Melendez and the Trevino brothers.

The records show that Melendez now has a smuggling-of-persons charge in addition to organized criminal activity, aggravated assault with a deadly weapon and possession of marijuana charges. His murder charge has also been upgraded to a capital murder charge. Melendez’s bonds exceed $1.5 million.

Harvey said the decision for the capital murder charge, as opposed to just a regular murder charge, was due to the fact that Quintanilla was kidnapped and he also had his jewelry stolen before he was dumped in the field.

Alejandro has not had any changes to his charges, which are engaging in organized criminal activity and aggravated assault, but his bond also appears to have been lowered, based on court records, from $1 million to $150,000.

During a news conference in January, Harvey said the Trevino brothers and Melendez beat Quintanilla several times over the course of one night after the Trevinos’ younger half-sister made an outcry about being inappropriately touched by Quintanilla at an RV park.

Quintanilla was the stepfather of Alejandro and Christian and the biological father of the 9-year-old girl.

“When brothers (Alejandro) and Christian Trevino found out, they became enraged and confronted Gabriel Quintanilla at the residence. A physical fight ensued between the three and the victim, Quintanilla, left the location on foot,” according to a news release from the Pharr Police Department.

Harvey explained during the news conference that after Quintanilla left the RV park, Christian followed him down the street and another fight broke out. Christian is alleged to have had brass knuckles during this assault, Harvey said.

Harvey said Alejandro and Melendez then drove up to the fight, got out of their vehicle, and began assaulting Quintanilla as well.

“So there’s three against one,” Harvey said. After that, the three teens left in the vehicle, dropped Alejandro off at the RV park and Christian and Melendez went to Melendez’s house to exchange vehicles.

“They picked up a white F-150 and they decide to go back and look for Quintanilla to see if they can find him again. Well, they did,” Harvey said.

A third assault occurred after Christian and Melendez found Quintanilla and Harvey said that the attack left Quintanilla “unconscious or close to it.”

“They then decide to pick him up, kidnap him, put him in the back of the F-150, in the bed and drive off to somewhere in south McAllen,” Harvey said.

Police believe Quintanilla died after he was dumped in the field. His body was discovered by a farmer.

Harvey said during the course of the murder investigation, Pharr police learned that Quintanilla had a warrant for continuous sexual abuse of a child and assault family violence at the time of his death.

That warrant involved an unrelated case with a different victim that Harvey said Pharr police were made aware of in May of 2019.

Harvey said the victim in the unrelated case was allegedly victimized between 2014 and 2016.

“Detectives gathered enough information to get a warrant, which they did, and the detectives went out to look for Quintanilla at that time and were unable to find him,” said Harvey. “They searched… and he was being elusive… we did not find him.”

Pharr police were unaware of any history of abuse between Quintanilla and his biological daughter. Harvey described that as an ongoing investigation.

No charges have been filed against the mother of the 9-year-old girl. Harvey said during the press conference that detectives were still looking into whether or not she knew about the alleged abuse of her daughter.