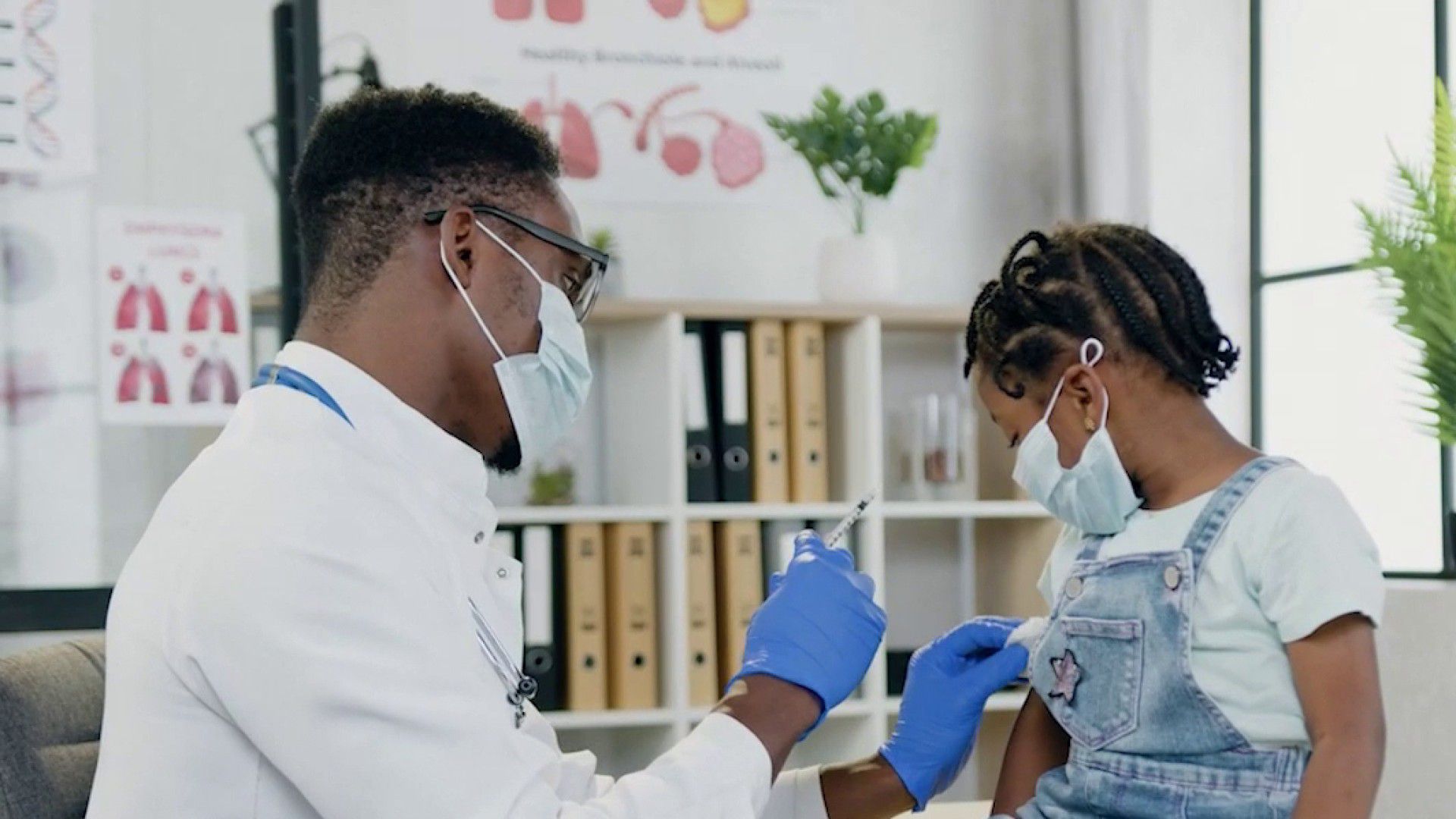 Federal data shows a troubling increase in the number of children hospitalized nationally with COVID-19. Texas is pointed at as one of the states with higher numbers.

Since the beginning of December, there’s been a 50% increase in the number of COVID-19 cases in children, according to the American Academy of Pediatrics and the Children’s Hospital Association.

Dr. John Fitch, a pediatrician at Heritage Pediatrics, is seeing an increase in his own office.

“Over the last couple of weeks, it’s it’s it’s a little bit of a mini-explosion,” Dr. Fitch said. “We were maybe having one or two people per 100 that we tested positive. It’s probably somewhere between 15 and 25% that are positive now.”

There was a similar increase back in September with cases of the delta variant.

The Department of Health and Human Services data shows the number of children hospitalized in the country with confirmed or suspected cases of COVID has more than doubled in a month, from 800 to 2,100.

“When you have a lot more people being diagnosed, you’re going to see more hospitalizations,” Dr. Fitch said.

While he’s seeing a greater number of cases in his office, they haven’t been severe enough to require hospitalization.

Dr. Fitch says he’s starting to see gastrointestinal issues appearing as symptoms, similar to what was seen at the start of the pandemic. If you or your child is having stomach problems, he recommends getting tested.

A KSAT crew spoke with parents about the rise in cases in kids. John Ortiz was just finishing a game of tennis with his daughter, Natalie.

“It kind of stresses the importance of being vaccinated, especially for children and, and continue wearing a mask and then using the precautions,” John said.

Natalie, who is 12, was vaccinated in May. Despite being scared of the actual needle, she’s happy she is vaccinated.

“I’m not going to get sick as bad as other people might if they didn’t get it,” Natalie said.

“We vaccinate for rare things all the time, and so I think it is worthwhile vaccinating,” Dr. Fitch said.

He expects a rise in flu and RSV cases as kids come back from winter break, adding those can both lead to hospitalizations as well. He says that should be another reason parents should get their little ones vaccinated.