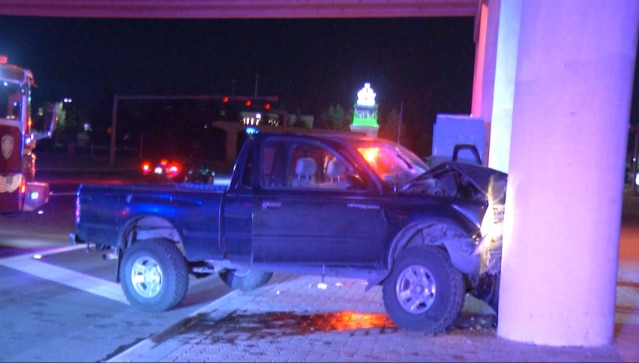 A male driver is in the hospital following a single vehicle crash on Interstate 10 on the city’s Northwest Side early Tuesday morning, San Antonio police said.

According to police, the driver for an unknown reason crashed head-on into a bridge pillar. No other vehicles were involved.

Police said the driver was taken by EMS to University Hospital, in critical condition. His name and age are not currently known.