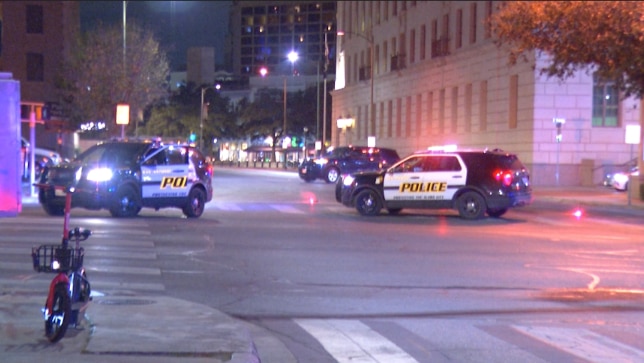 Officers were called around 2:35 a.m. to the intersection of Avenue E and 3rd Street, not far from East Houston Street and the Alamo after receiving word of a person wounded.

Police said officers arrived to find a man in his 20s with a gunshot wound to the back, lying in the middle of the street.

At this time, they don’t have much to go on. A motive is not currently known.

Witnesses in the area say they heard gunshots, but did not see anyone leaving the area. Police do not have a description of a suspect.

The wounded man was taken by EMS to an nearby hospital, where he is expected to be OK. His name has not been released.