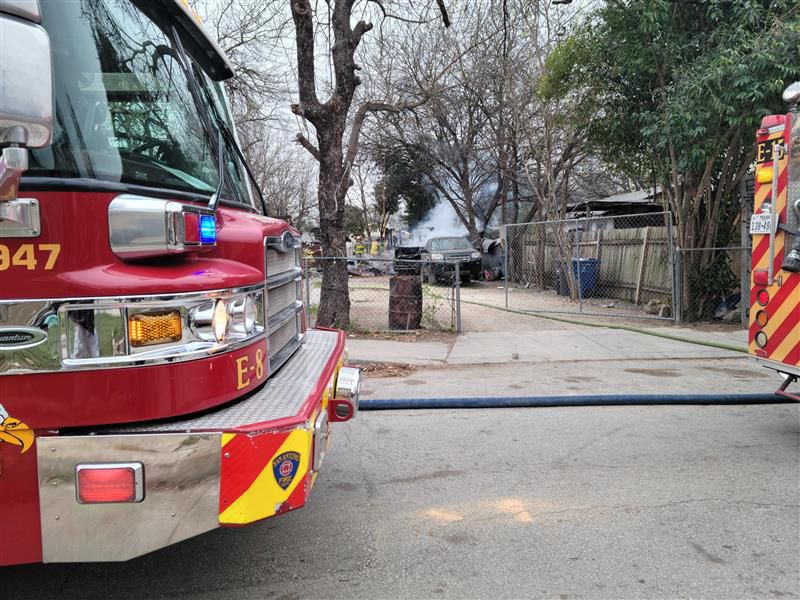 San Antonio firefighters responded to an RV fire on the city’s West Side early Friday morning.

The fire was called in around 8 a.m. in the 200 block of South Eduardo Avenue, not far from South General McMullen Drive and Old Highway 90.

Firefighters said when they arrived, they found an RV fully engulfed in flames. Fire officials said the RV was located in a fenced-off lot that likely belongs to people on the property adjacent to it.

The fire was knocked down quickly and without incident. The fire did not spread beyond the RV. Firefighters did say, however, that the damage to the RV is too severe to immediately determine how the fire started. Fire investigators will still work to try to determine an exact cause.

The SAFD said it appears someone was likely living inside the RV, but no one was home at the time of the fire. No injuries were reported.