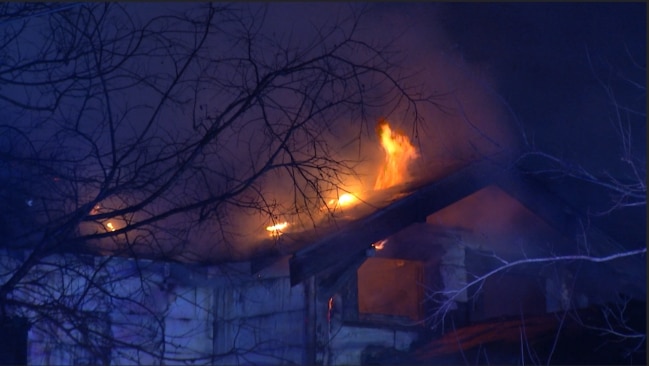 San Antonio firefighters battled a fire in an East Side home early Monday that, for a time, also threatened a second home.

They arrived around 1:45 a.m. and found a two-story, wood framed home in the 600 block of Hammond Avenue engulfed in flames.

Firefighters say all five people who had been inside that home managed to escape safely.

Because of the intensity of the fire, firefighters also had to remain outside and fight the fire from there.

They say a big concern was that the fire threatened to spread to the home next door.

Fire crews spent more than two and a half hours battling the flames.

They say the wood frame seemed to feed the fire.

Ultimately, they put it out and kept it from spreading to the home next door.

The heat from the fire, though, did cause some minor damage to the siding of that house.

Firefighters say the home where the fire started will have to be torn down because it is unsafe.