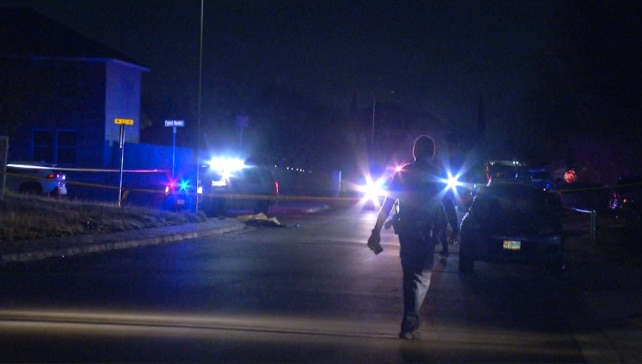 The Bexar County Sheriff’s Office is investigating after a man was shot and killed outside a home in far West Bexar County early Monday morning.

Deputies were called around midnight to a home in the 7800 block of Fossil Banks, not far from Loop 1604 and Shaenfield Road after receiving word of shots fired.

According to deputies, an altercation had occurred between two men just before the shooting. Deputies say the victim was standing in the street exchanging words when the suspect pulled out a gun and fired.

The victim was pronounced dead at the scene. The man’s name and age have not been released.

BCSO said the suspect fled following the shooting. Deputies searched the area, but he was not found. Detectives are now interviewing witnesses for clues.

At this time, it is not exactly clear what the argument was about. The investigation is ongoing, deputies said.