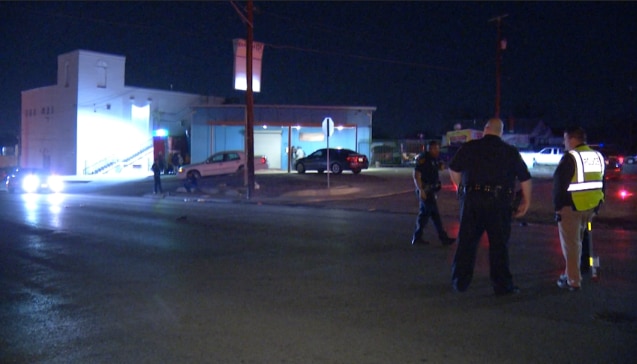 A man in his 50s is in the hospital in critical condition after being hit by a vehicle on the city’s East Side, according to San Antonio police.

The incident occurred around 10:20 p.m. near the intersection of South New Braunfels Avenue and Denver Boulevard.

According to police, a man and a woman were about to cross the street when the man stepped off the curb and was struck by a white sedan.

The man was taken by EMS to Brooke Army Medical Center, in critical condition. The woman was not hurt.

Police said the driver of the vehicle did stop to render aid and was assessed for a DWI, but was found not to be intoxicated.

The name of the man hit has not been released.

SAPD did not say what, if any charges are expected to be filed. The investigation is ongoing, police said.