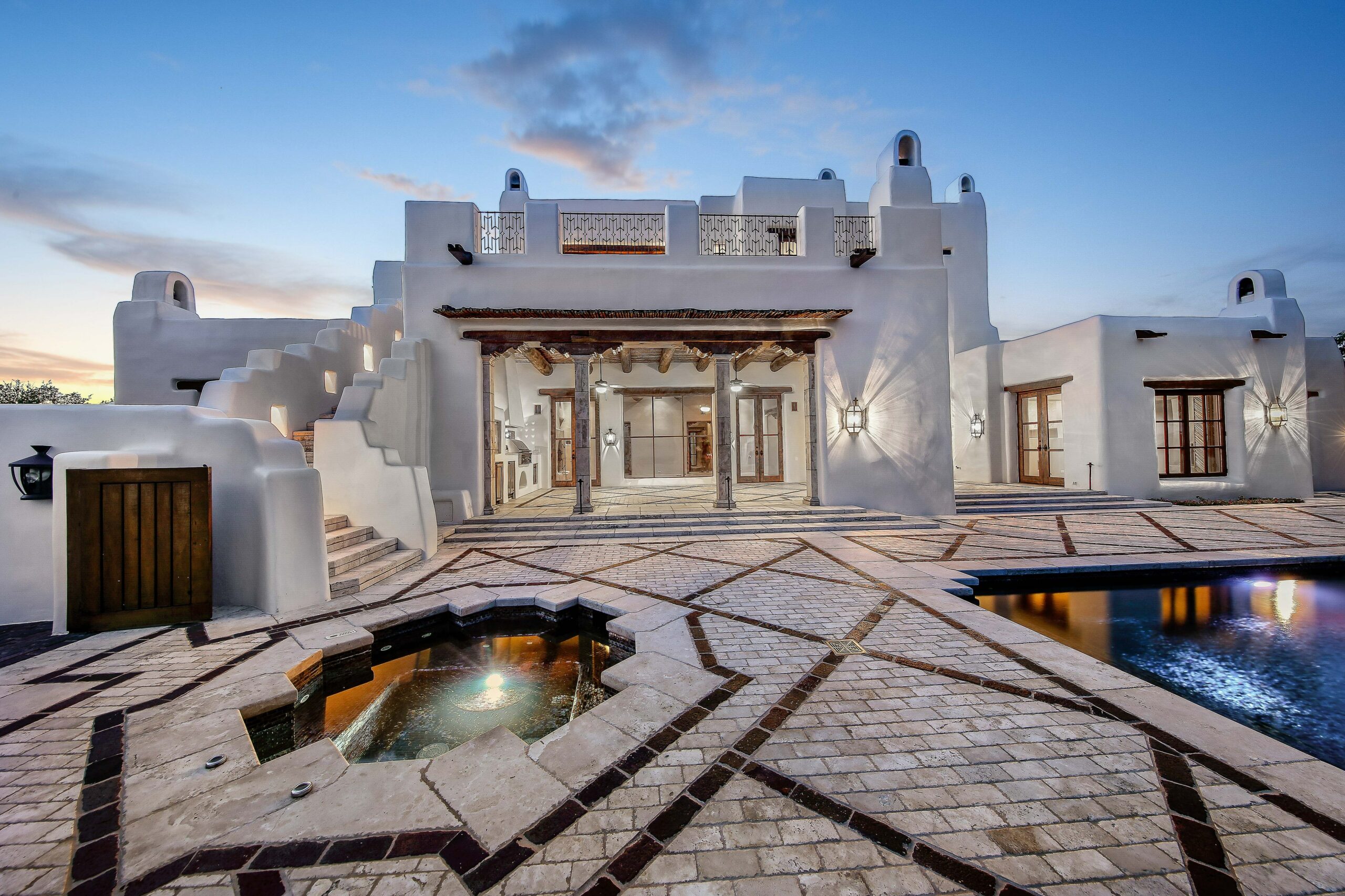 George Strait’s Dominion compound has officially been sold and taken off the housing market, according to the listing on Realtor.com.

The property, located in a guard-gated neighborhood at 10 Davenport Lane, was previously listed at $7.5 million, but has gone through several price changes since it was listed a few years ago.

It’s unclear how much the home actually sold for; however, according to Mansion Global, it was purchased by Shannon Ralston, the founder and CEO of Angel Staffing — a company that services medical facilities statewide.

The home sits on 12.2 acres and is built in the Santa Fe style with imported adobe and 14 hand-sculpted fireplaces.

Despite being almost 8,000 square feet, it has just three bedrooms but a detached casita offers a fourth bedroom.

According to the listing, there are 6 and a half bathrooms and custom-designed features from artist Bill Tull throughout the property.

See photos of the exclusive listing, provided by Realtor Tamara Strait, below: