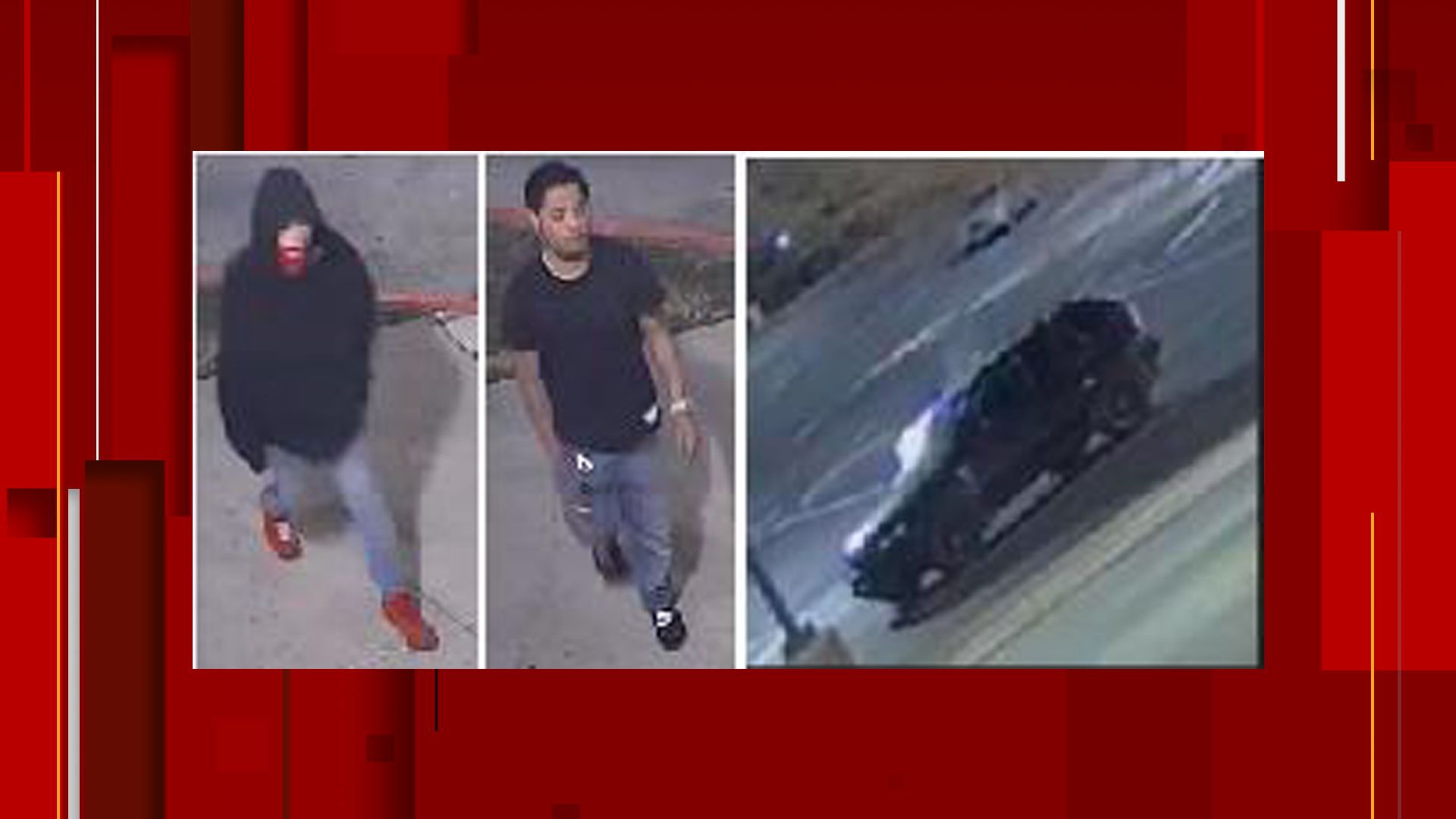 San Antonio police are asking for the public’s help to identify and locate two people involved in a robbery at a convenience store on the North Side.

Two people were seen exiting a dark-colored SUV near the Quick Stuff in the 7100 block of San Pedro Avenue around 6:30 a.m. on Tuesday.

One person entered the store while the other waited outside. The person inside the store then stole a display case containing several items before leaving the store, police said.

Both people who exited the SUV then left the property on foot and got back in the SUV.

Police say an employee attempted to contact the suspects but stopped when a person in the SUV pointed a weapon at him.