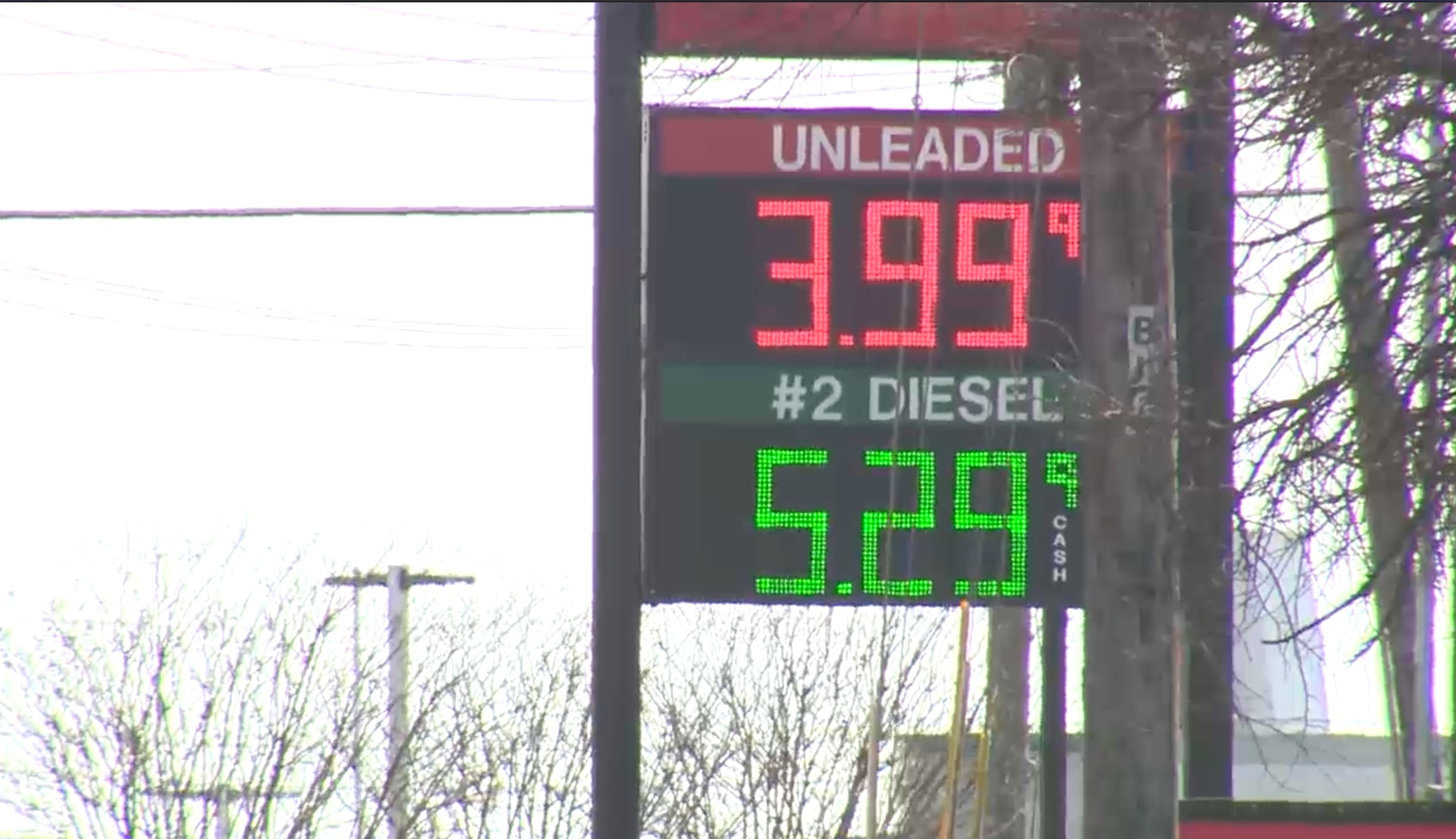 San Antonio hit a record high Friday for the price of regular gasoline with drivers paying an average of $3.99 per gallon.

“We saw another three-cent jump overnight in the average in San Antonio, which is now at the highest point ever,” said Daniel Armbruster, AAA Texas spokesperson.

According to AAA Texas, this current price surpassed the record from July 2008 when gas reached $3.96 per gallon in San Antonio.

But there are several ways to stretch your gas dollar. Armbruster said a bad habit many drivers have is something called jackrabbit starts.

Another way to lower fuel economy is to avoid idling or warming up your car, especially with newer model cars.

“A car engine consumes one quarter to one-half gallon of fuel per hour when idling, but a warm engine only takes around 10 seconds worth of fuel to restart,” said Armbruster. “When it’s safe to do so, you can shut off your engine if you’ll be stuck for more than a minute and then just turn it back on.”

Another simple tip is to drive a bit slower. “Reducing highway speed even by just five to ten miles per hour can increase your fuel economy by seven to 14 percent,” said Armbruster.

There are steps you can take to save gas even before you get inside your vehicle. Check that your tires are properly inflated. Tires lose about 1 PSI every month. Having tires with lower pressure than what’s recommended by the maker can affect your fuel economy.

Drivers can also get discounted gas when they sign up for memberships at wholesale sellers like Costco and Sam’s Club. There are membership costs, but it’s often offset by the amount you will end up saving.

According to Consumer Reports, if a normal driver were to pay 20 cents less for gas for a full year, they would save more than $100, making up the membership fee.

Armbruster added that driving around searching for the lowest gas prices can be a waste of time and money.

“About 75 percent of drivers choose the gas station that they’re familiar with, regardless of price. It’s convenient. It’s on the route. You can download apps like the AAA mobile app, which is free and then find the cheapest gas near you that way,” said Armbruster.

There is the possibility for more price spikes in the coming days, but Armbruster says changing driver behavior is the biggest factor in stretching your gas.

“Over the past week, we saw some really big daily spikes 20, 25 cents in some areas, and we’ve seen that kind of cool down in the last 24 hours. But that doesn’t mean it’s over just yet,” said Armbruster. “If you want to save on fuel, change your behavior and also keep your vehicle maintained because if you let your vehicle go, you’re going to pay costs somewhere else.”