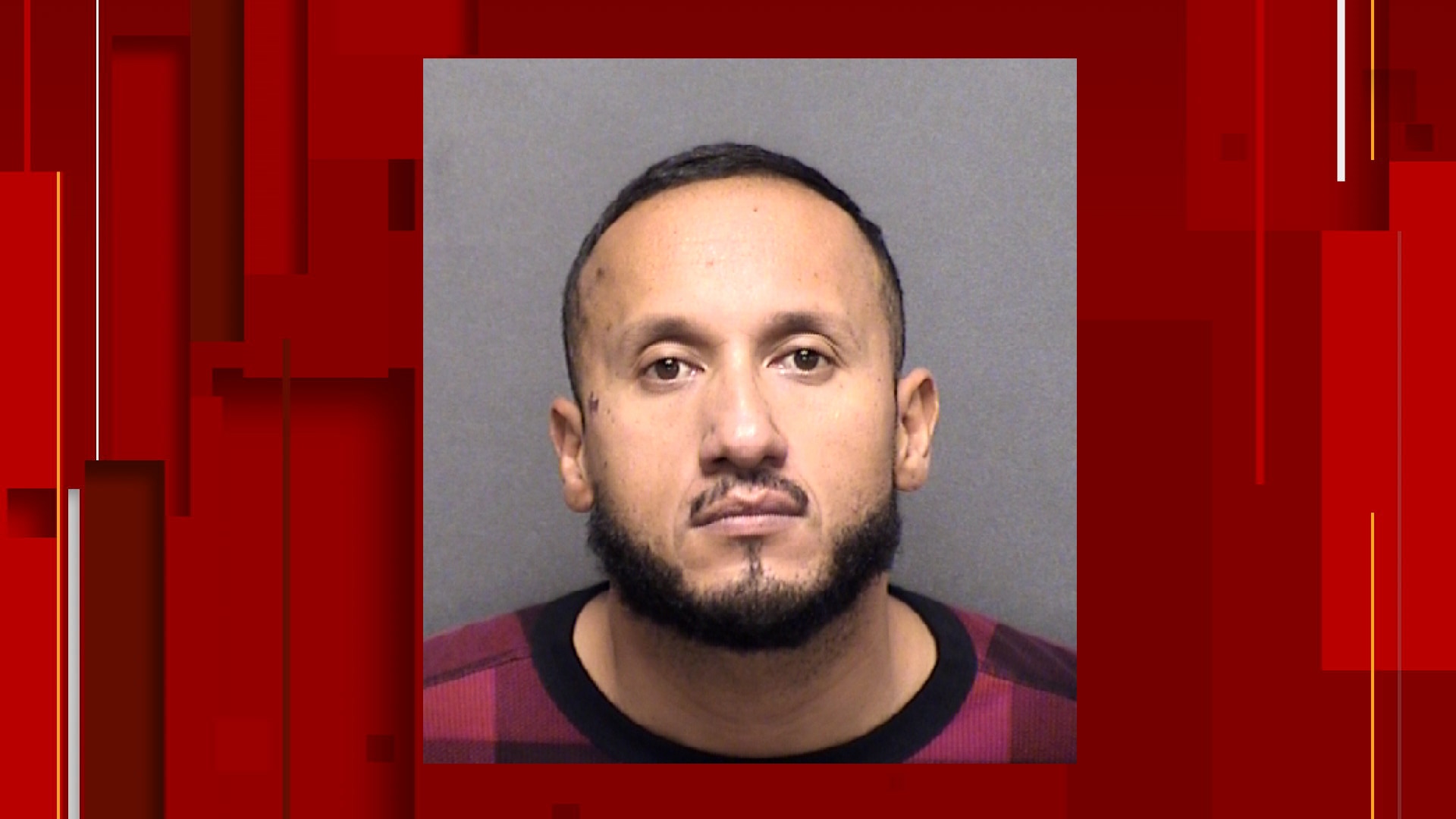 A man is in custody after holding a machete to a woman’s throat and robbing a store on the West Side, according to San Antonio Police.

The incident happened around 9:53 a.m. on Nov. 13 at the Fallas Paredes Discount Store located in the 100 block of South Zarzamora Street.

An arrest affidavit states Rigoberto Hernandez, 37, walked into the store and began a conversation with two women and two other customers.

Hernandez told them he had recently moved from Austin, and his wife was interested in working for the store, police said. He then asked for an application for his wife, and one of the women gave him one.

Police said after the two other customers left the store, Hernandez began “aggressively yelling ‘Miss’ at one of the women in an attempt to get her attention when her back was turned to him.”

When she turned around, Hernandez approached her, grabbed her from behind, and wrapped his arm around her neck to put her in a chokehold. Authorities said he used his other arm to hold a machete to the woman’s throat.

Both women gave Hernadez the money from inside the safe and the store registers. Police said he fled the scene on foot.

Authorities were able to obtain Hernandez’s fingerprints from the employment application and several other items he touched.

On Nov. 23 Investigators say they were able to match the fingerprints with a person arrested under the alias “Francisco Bojado Arevalos.”

Police were also able to identify Hernandez using a photo of him in a lineup where he was positively ID’d.

Hernandez was arrested on Monday and is facing two counts of aggravated robbery. His bond is set at $75,000, court records show.