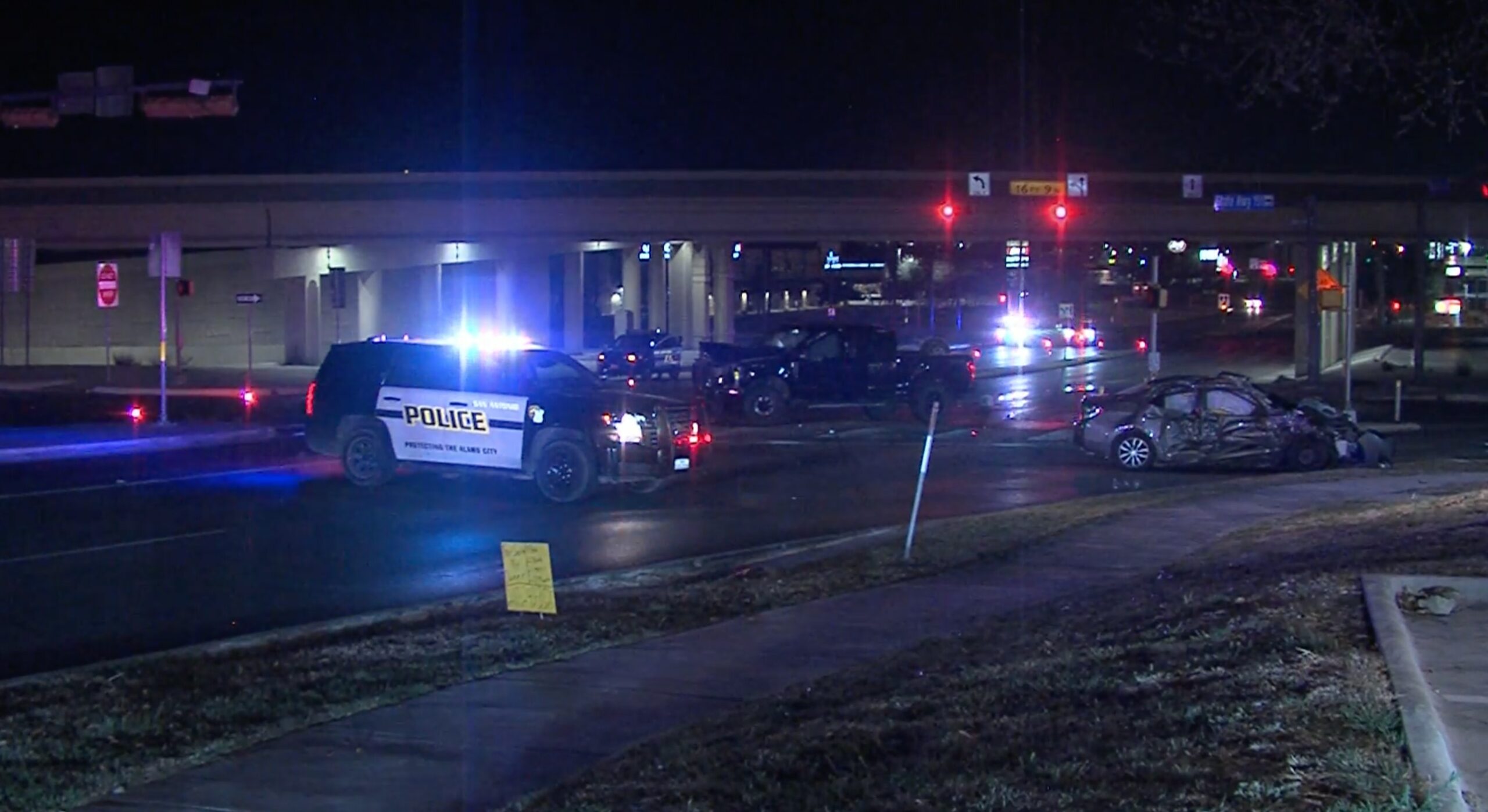 A man is dead after a crash with a suspected drunk driver on the West Side early Sunday morning, according to San Antonio police.

The crash happened at the intersection of Highway 151 and Potranco Road around 1:55 a.m.

Police said when they arrived on the scene, they found two cars that crashed at the intersection of Highway and Potranco Road.

A passenger was found unresponsive in one of the vehicles and was later pronounced dead at the scene, police said.

Upon further investigation, police discovered a man was intoxicated while driving a car, leading to the crash between both vehicles.

The man was booked for intoxication manslaughter, officers said.

Man dead, suspect in custody after shooting at home near downtown, officials sayWrong-way driver killed in head-on crash on Northwest Side, SAPD says