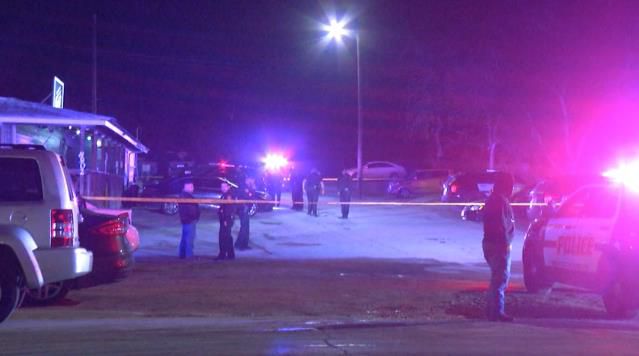 A man in his 30s was shot during a fight with several men outside a South Side bar early Tuesday morning, San Antonio police said.

Officers were called just before 2 a.m. to Thirsty’s SA bar in the 8900 block of South Presa Street, not far from Old Corpus Christi Road after receiving word of a shooting.

According to police, an argument started in the parking lot of the bar between the victim and four other men. That’s when, police say, one of the men pulled out a gun and shot the victim in the shoulder.

Police said the four men got into a black four-door vehicle and fled after the shooting. Officers saw the vehicle speed off, but were unable to catch up with it, police said. The men have not been found.

The man shot was taken by EMS to Brooke Army Medical Center, where he is listed in stable condition.

SAPD did not say what the argument was about. The investigation is ongoing, police said.