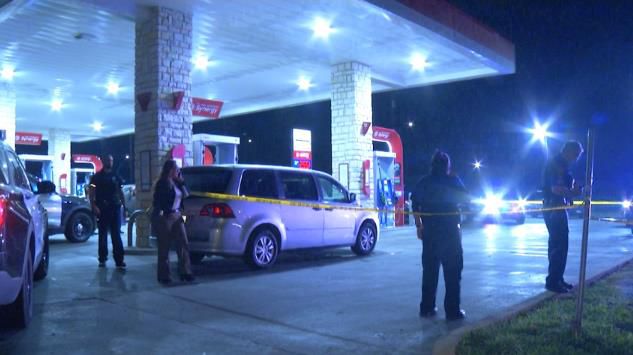 San Antonio police are searching for a suspect who shot a man and stole his rental truck at a gas station late Sunday night.

The incident occurred around 11 p.m. at a gas station on Culebra Road on the city’s West Side.

According to police, the suspect, a man in his 30s, approached a man in his rental truck and shot the 30-year-old twice before stealing his vehicle.

Police said the suspect fled in the truck south on General McMullen just before crashing into three vehicles. The man then got out and fled on foot. He has not yet been found.

SAPD said the driver of the truck was taken by EMS to University Hospital, where he is listed in stable condition.

The investigation and search is ongoing, police said.