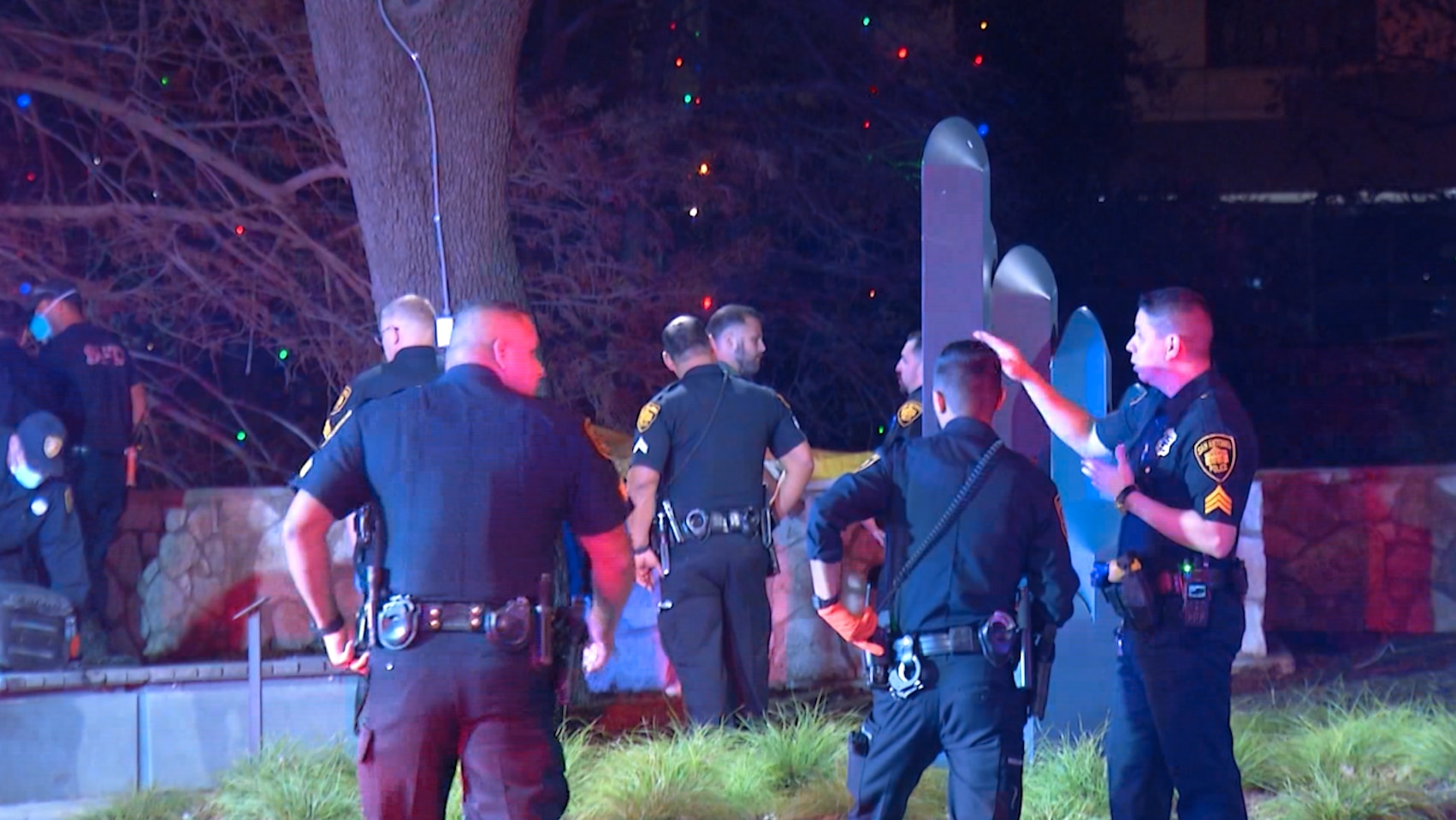 Officers were called around 12:40 a.m. to the intersection of East Market Street and South Alamo Street after receiving word of shots fired.

According to police, an elderly man was shot in the upper body and was killed. The victim was pronounced dead at the scene.

Police said the suspect fled towards the River Walk after the shooting. That person has not yet been found.

A motive for the shooting is not currently known. SAPD is collecting evidence and combing the area in search of the suspect.