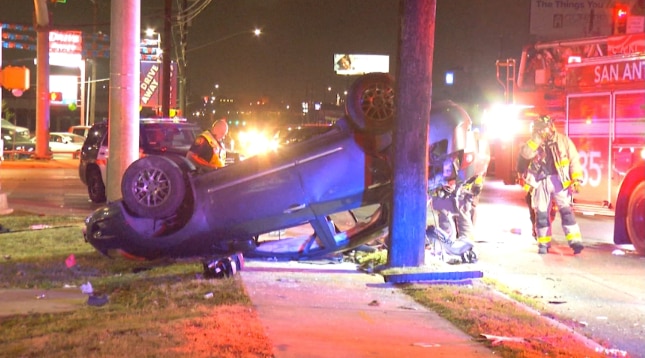 A man and woman in their 30s along with a 5-month old baby were rescued by firefighters following a rollver vehicle crash late Thursday night, San Antonio police said.

The crash occurred around 10:30 p.m. near the intersection of Culebra Road and Ingram Road on the city’s far West Side.

According to police, the couple’s vehicle was hit by a sedan that was trying to turn onto Ingram Road. The impact of the crash caused their vehicle to rollover onto a sidewalk, police said.

SAPD said the driver of the sedan did not see the vehicle after another one swerved in front of him. Authorities say alcohol did not play a factor in the crash.

The man, woman and baby were all extracted by firefighters and were taken to University Hospital in stable condition. The driver of the sedan was not hurt.