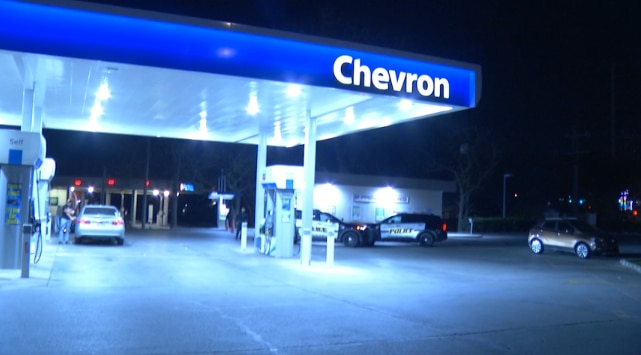 A man pumping gas at a gas station on the city’s Northwest Side was struck by gunfire early Wednesday morning, San Antonio police said.

The incident occurred around 2 a.m. at a Chevron gas station near Loop 410 and Callaghan Road.

According to police, the man was simply pumping gas into his vehicle when he heard gunfire and then realized he was hit once in the leg.

Police said they believe the shooting came somewhere from the access road of Loop 410. A motive is not currently known.

The wounded man drove to University Hospital in his own vehicle to ask for help. He is expected to recover.

At this time, police do not have a description of a suspect. The investigation is ongoing, police said.