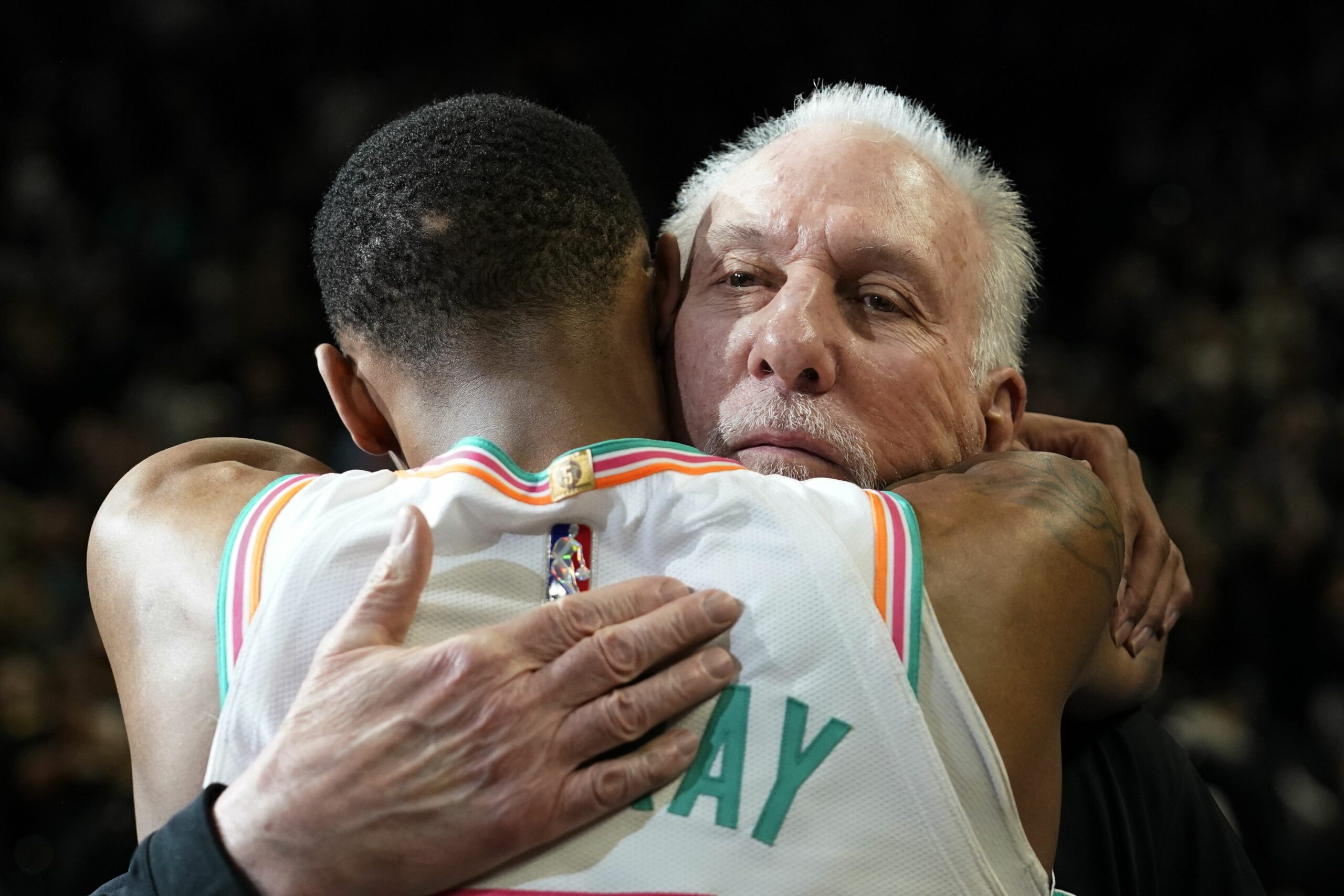 Friday night was a special night for not only San Antonio Spurs fans, but for sports enthusiasts and the entire NBA.

By doing so, he eclipsed his mentor and former boss Don Nelson. Popovich had tied Nelson on Monday night when the Spurs defeated the Los Angeles Lakers at home.

After the Spurs’ win on Friday, Nelson had a few words for the Spurs legend.

“I just wanted to tell you how proud I am of all your accomplishments and the wonderful things you’ve done for basketball worldwide,” Nelson said in a video posted by the Spurs and Golden State Warriors.

“But I’m most proud of what you’re about to accomplish now which is put me in second place in all-time wins.”

Handing off the all-time wins crown 👑🤝

Nelson added that he “couldn’t wait” for the record-breaking day to come, and said he considers Popovich one of his best friends.

Of course, the cool Coach Pop gave much of the credit to Nelson, his team and “a whole lot of people” after the game.

“All the wonderful players, coaches, and staff that I’ve been blessed with, the support of this wonderful city. The fans support us no matter what. All of us share in this record,” he said. “It’s not mine, it’s ours, here in the city, because of all the people I just mentioned. That’s the joy of it.”

“All of us share in this record, it’s not mine, it’s ours here in the city.”#KSATsports #NBA #GoSpursGo #PorVida pic.twitter.com/8oG15ROFrO

But even if you’re not a Spurs player or fan, the accomplishment is something to respect — and that’s what people on social media did last night.

Here’s how NBA teams and players, sports enthusiasts, and San Antonio businesses reacted to the accomplishment on social media.

You The Greatest Coach Of All Time And I’m Thankful And Grateful For You Pop. 🙏🏽 I Love You So Much And You Deserve This And Can’t NOBODY Ever Take This Away From You!!!! 🖤🐐 pic.twitter.com/e5760Ky9E9

Congratulations to Spurs Head Coach Gregg Popovich for breaking the regular season record for most wins for a head coach in the NBA with 1,336 victories. Lucky to have been around at the start in December 1996 and now 26 years and 5 Championships later.

CONGRATULATIONS to Gregg Popovich!! He now has the most regular season wins in #NBA history with 1,336. Spurs beat the Jazz 104-102 to help Pop make history.
🐐 🏀 #PorVida #KSATsports

Coach Gregg Popovich remains one of the greatest competitors, teachers and leaders in NBA history. Congratulations Pop on pounding the rock to the most victories of all time. pic.twitter.com/UY8mmglvwF

“You are just an amazing coach and an amazing man.”@SteveKerr congratulates his mentor, Gregg Popovich, on becoming the all-time winningest coach in NBA history. pic.twitter.com/1XlHNJ2fDJ

“That’s just really cool, man, for him to be the all-time winningest coach and a blessing for me to have played for him.” 👏

congratulations to Indiana’s own Gregg Popovich on becoming the winningest coach in NBA history 👏 pic.twitter.com/AwwPCAx80B

Gregg Popovich on why he shares the all-time coaching wins record with the @spurs, and with the city of San Antonio. pic.twitter.com/QwRrhTkjGE

From: a Legendary player

Congrats to Gregg Popovich on becoming the NBA’s all-time winningest coach. But deserving significant credit for this honor are 1) Tim Duncan, the most underappreciated superstar leader ever and 2) RC Buford, the NBA’s best GM who stole Ginobili, Parker & Kawhi in the draft.

Gregg Popovich, the winningest coach of all-time, has always had jokes 😂 pic.twitter.com/FSlSh0YaLi

Congrats to the one and only! 👴🐐 https://t.co/Dlgz1ysXCh

Huge congrats to Pop, all his staff members during all these years, and the entire @spurs organization for this incredible accomplishment! #GoSpursGo #MostWinsOfAllTime #History @nba

Congrats to Coach Pop and the @Spurs on the all-time coaching wins record! #GoSpursGo https://t.co/QMtLonmp1x

Coach Popovich, you’ve led this city and inspired us all. Congratulations on being the most winningest coach on NBA history! 🥇 pic.twitter.com/lubcgBlPzy