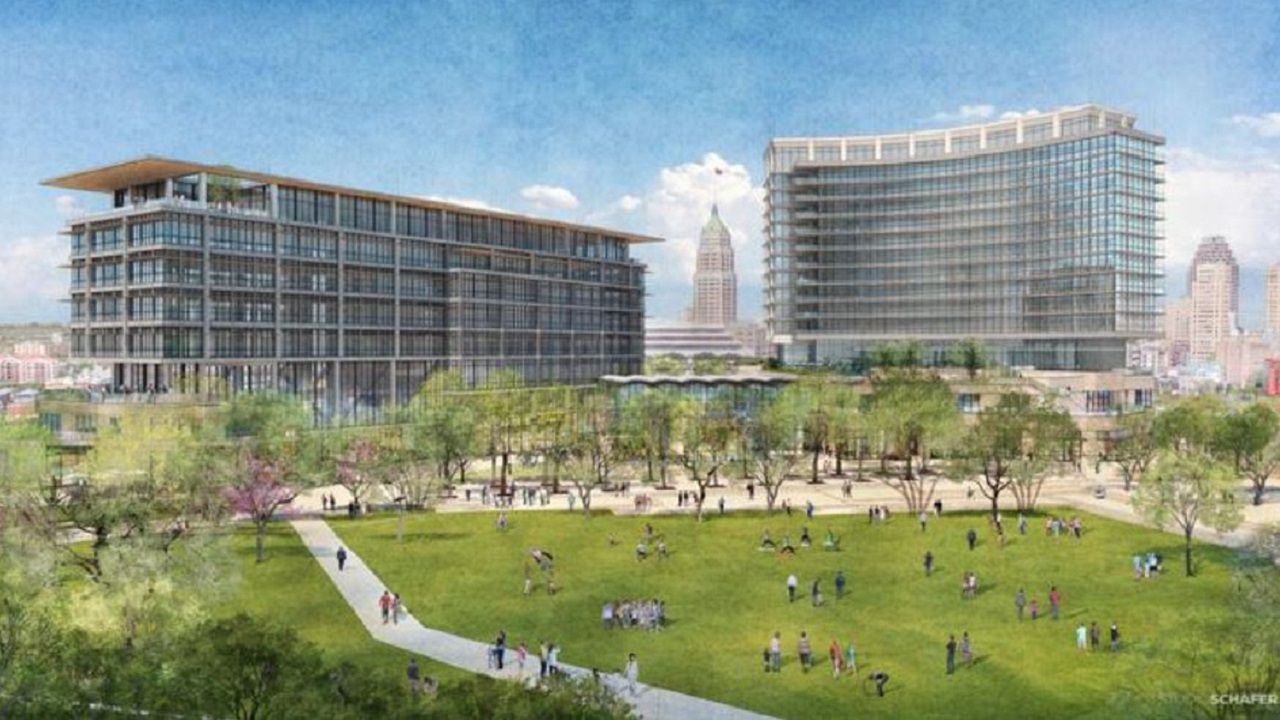 More than five years after San Antonio’s City Council approved a mixed-use development plan expected to funnel some $200 million in private investment into Hemisfair, Zachry Hospitality is moving closer to a finalizing a new deal for the former World’s Fair site.

The scope of what is ultimately constructed on the center city acreage could differ from what was initially envisioned.

“We are close to finalizing agreements,” she said.

Zachry had pursued a plan to include the development of a 200-room hotel and a 150,000-square-foot office tower. At one point, it had hoped to complete construction by 2021.

While Zachry’s finalized plan for the downtown site may be somewhat different from what it initially envisioned, given new post-pandemic realities, it’s possible the company’s level of investment in Hemisfair will remain “substantially similar,” Andujar said.

“This project will be San Antonio’s shining jewel,” Snowden said.

The site of the 1968 World’s Fair, Hemisfair is an expansive park that’s home to Tower of the Americas and Institute of Texan Cultures, as well as shops, restaurants and a playground.