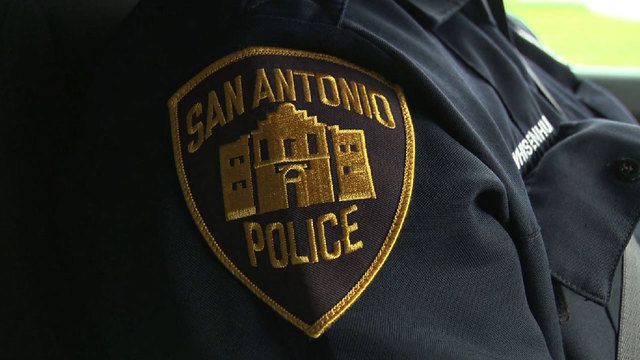 The San Antonio Police Department issued two indefinite suspensions for an officer who mishandled a domestic violence call and struck a cyclist with his car in a separate incident, according to records recently obtained by KSAT 12 News.

Laurence Levi, who has been with the department since 2016, received both indefinite suspension notices in October, the records showed. It isn’t immediately unclear whether he is appealing the decision through arbitration.

Levi was first cited for an incident on April 25, when he responded to a minor car crash at West Cesar Chavez and South Chupaderas, according to the records.

The woman told police the crash occurred as she was trying to get away from her ex-boyfriend, who she said assaulted her and hurt her head.

Levi asked the woman if she need paramedics to respond, and though she said yes, he never requested medical services for her, according to the suspension document.

The officer did not request investigators photograph the woman’s injuries, and he failed to check her ex-boyfriend’s criminal history. Police said the ex-boyfriend had a violent history and was out on bond for another criminal charge.

Levi was also cited for being “argumentative” with two other officers “and initially refused to comply with their requests so that the assault case could be correctly filed,” according to the suspension records.

Nearly two weeks after that call, on May 8, Levi allegedly “sideswiped” a bicyclist, suspension records showed.

The investigation found that Levi did not fully stop at a red light, leading the cyclist to fall off the bike after colliding with the patrol car.

Levi assigned himself as the handling officer in the incident even though he was involved in the crash, the records showed.

“Officer Levi’s investigation lasted for only approximately 45 seconds,” according to the suspension document.