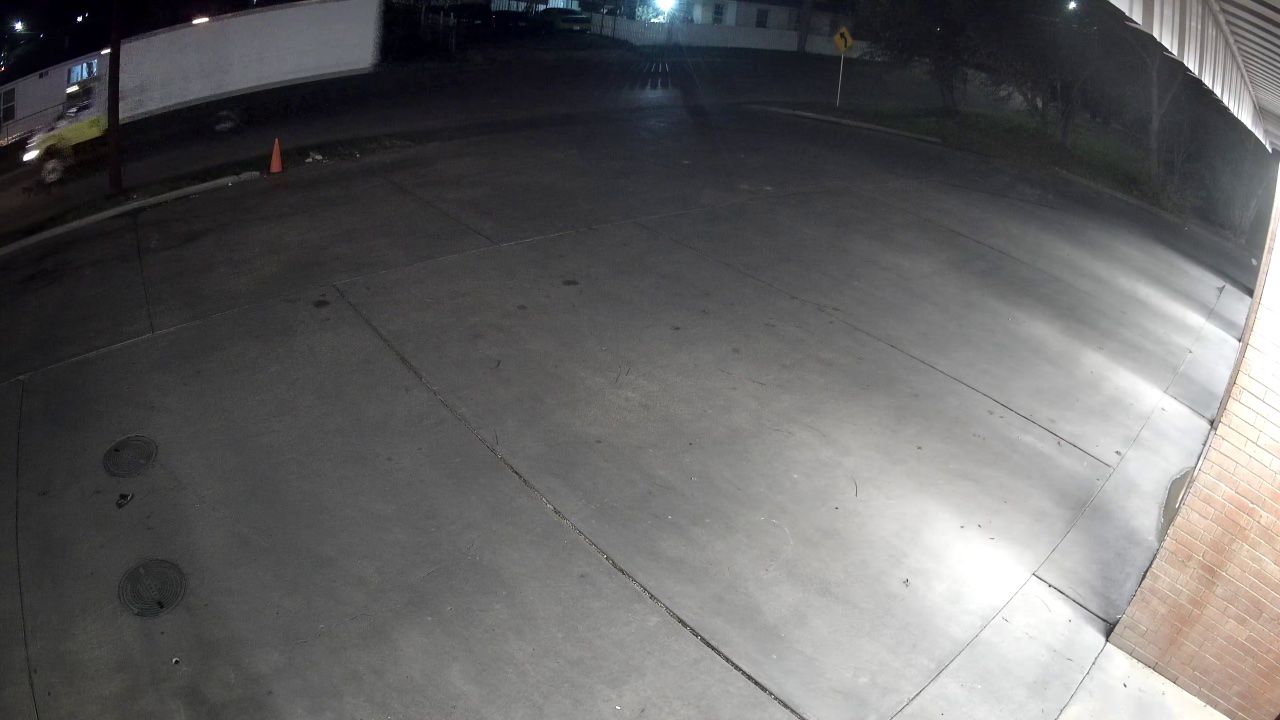 San Marcos police have released surveillance photos of a box truck involved in a fatal hit-and-run crash on Jan. 3 that resulted in the death of a Houston woman.

According to a news release, the box truck collided with a silver Mazda on northbound Interstate 35 near Wonder World Drive, causing the car to land on its side. The driver, Iliana Velez, 18, was killed.

After the collision, the box truck fled the scene and was later caught seen traveling north on I-35, police said.

The surveillance photos, taken near the intersection of South Guadalupe Street and Knox Street following the crash, show the truck to have a white box with yellow on the bottom half of the doors and front fenders. The hood, roof, upper doors, and box of the truck are all white.

The cab of the truck has amber lights along the roofline and there may be marker lights on the corners of the box. The truck appears to have writing on the box just behind the door on the driver’s side and writing or a shape just below the door’s handle.

There are only two axles on the truck, and the rear of the box is extremely overset of the rear tires. The rims on the tires appear to be white.

The San Marcos Police Department is investigating the crash as an accident involving death, a felony offense. Anyone with information about the truck or the identity of the box truck driver is asked to contact Sgt. Myers at smyers@sanmarcostx.gov.