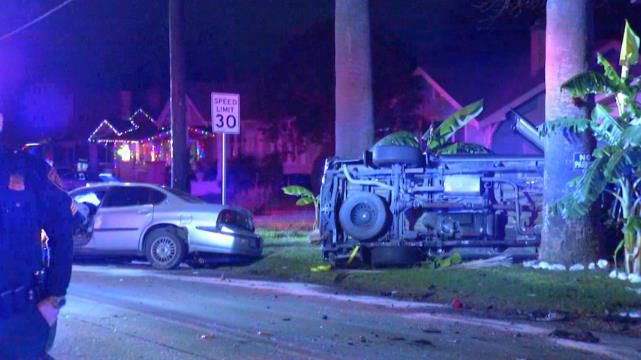 The driver of a car is being assessed for a DWI following a head-on vehicle crash with a truck on the city’s North Side early Monday morning, San Antonio police said.

The crash occurred around 1:20 a.m. on West Woodlawn Avenue, near Blanco Road.

According to police, a man driving a sedan was attempting to turn left onto Blanco Road from Woodlawn Avenue when it crashed head-on with a truck containing a male driver and a female passenger.

Police said the truck tried to avoid the collision but the truck instead rolled over.

The driver of the sedan was taken to University Hospital in stable condition. He will be assessed at the hospital for a DWI, police said.

The male driver of the truck did not appear to have any injuries. The female passenger was taken to University Hospital, but her condition is not currently known.