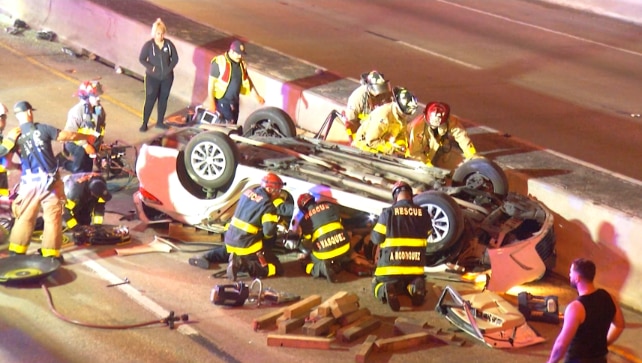 One woman is in the hospital following a rollover crash on Interstate 35 early Friday morning, San Antonio police said.

The crash occurred around 1 a.m. on Interstate 35 southbound, near San Pedro Avenue.

According to police, the woman was driving a white sedan when, for an unknown reason it launched to a lower level of I-35 from above.

Firefighters had to extract the woman from the car after the crash. The woman was taken by EMS to University Hospital, where her condition is not currently known. The woman’s name and age have not been released.

SAPD did not say exactly why the crash happened. The investigation is ongoing, police said.