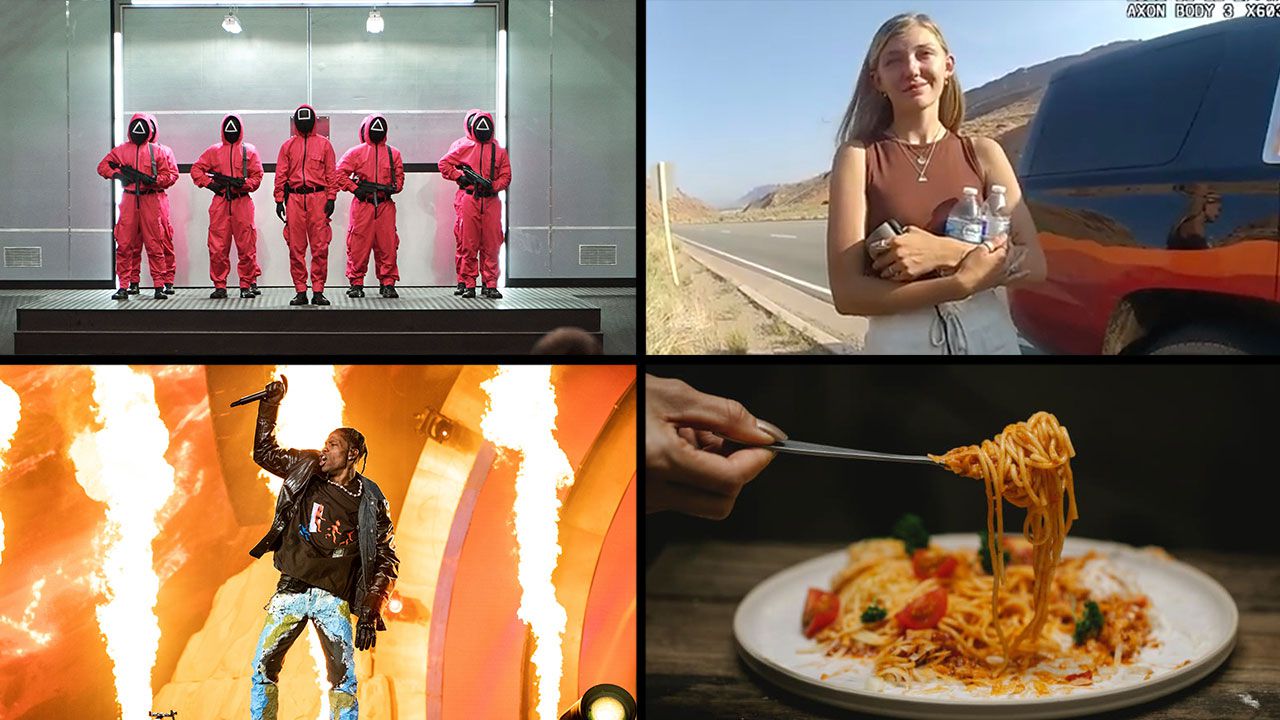 In 2021, many people hoped to return to some normalcy amid the COVID-19 pandemic. However, this year was almost as chaotic as the last.

Despite all the challenges Americans may have faced, they stayed strong and they remained curious.

Google has become the ultimate tool for satisfying that curiosity, whether that be how to make the delicious dish you saw on TikTok or what’s going on with your favorite sports team.

So, what were you most curious about this year? See the top searches, people and recipes below the map that breaks down daily trends by state.

This year, some of the most popular Google searches surrounded a nationwide search for 22-year-old Gabby Petito and later her boyfriend Brian Laundrie, a person of interest in her disappearance. Other popular searches included the Netflix Series “Squid Game” and the passing of rap legend DMX.

Some of the Most-Googled people in 2021 included 18-year-old Kyle Rittenhouse, who was acquitted of murder charges after he shot and killed two people and injured another at a protest in Kenosha, Wisconsin. Other highly searched people included Travis Scott, whose Astroworld Music Festival in Houston left 10 people dead.

If you were on TikTok in 2021, you probably remember the famous “TikTok Pasta” that included baking feta cheese in tomatoes. Or, maybe you remember when people were eating Cicadas after swarms of them were reemerging from the ground after 17 years. And, you can’t be surprised that birria tacos made the list, which became all the rave in 2021.

Curious to see what was most-Googled in other countries? You can check out a full list right here.