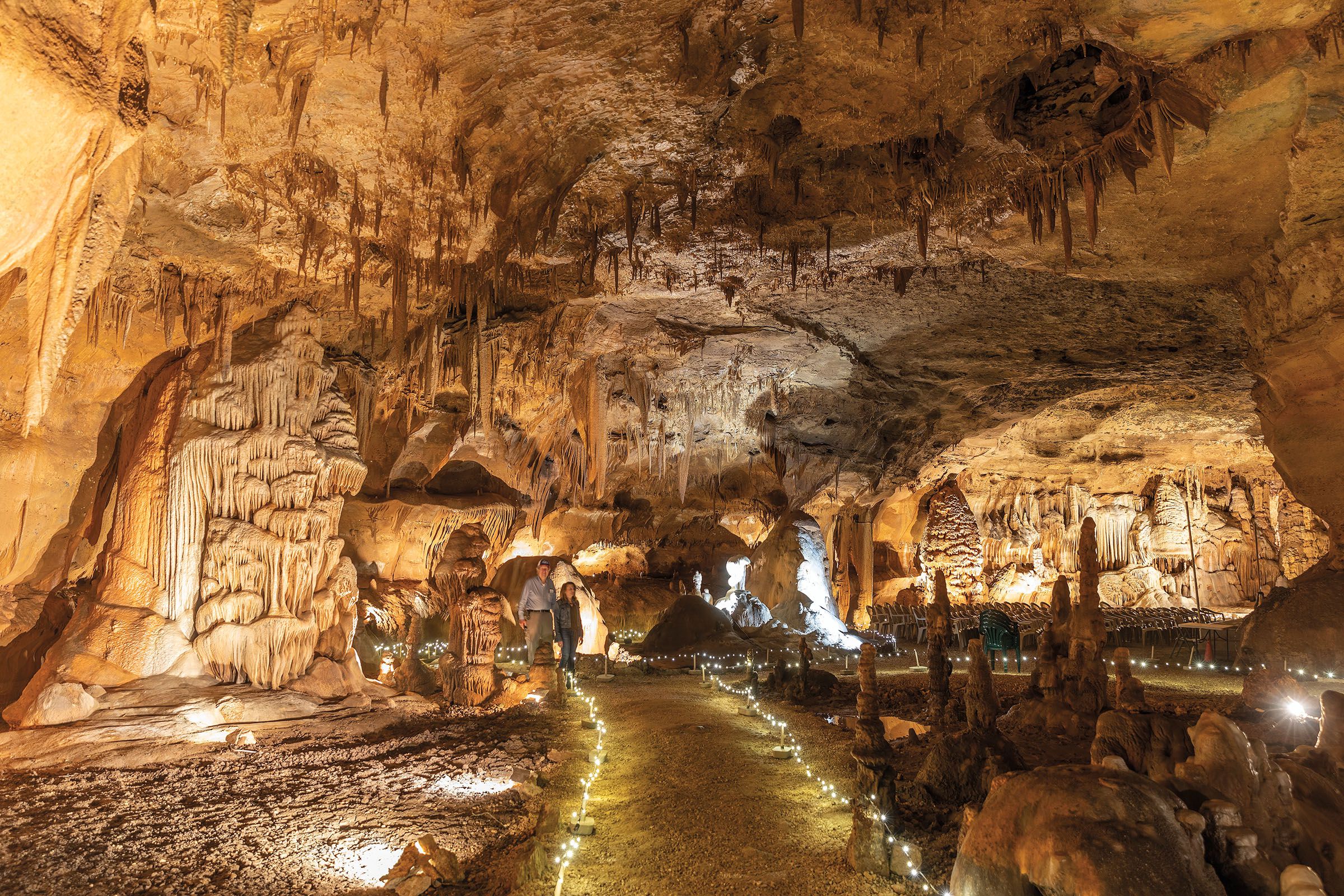 Caves likely aren’t the first thing that comes to mind when you’re thinking of things to do in the San Antonio area, or Texas for that matter, but there are thousands just in the Hill Country alone.

According to co-owner of Natural Bridge Caverns Travis Wuest, there are nearly 3,000 caves in the Hill Country region. Contrary to popular belief, Wuest told the Texas Historical Commission that these caves are not connected by a vast underground system.

Of the thousands of caves in our area, however, there are 12 within a three-hour driving distance from downtown San Antonio that you can explore.

The closest cave to San Antonio’s city center is Robber Baron Cave, which only opens to the public every couple of years. You’ve likely driven right by it and not even realized it was there. The last time the cave opened to the public was in 2019, and due to the coronavirus pandemic, there isn’t an open house that is currently planned.

One of the most well-known caves in our area that is open for exploration year-round is Natural Bridge Caverns, which offers tours through certain areas of its cave system. Back in 2019, Wuest and his brother, Brad Wuest, who co-owns Natural Bridge Caverns, took a 19-hour trip deep into the caves and discovered underground lakes and additional massive chambers. Read more on that here.

Another popular cave that’s just a short drive from San Antonio is Bracken Cave — home to the largest bat colony in the world. Every June, the Mexican free-tailed bats at Bracken Cave give birth to one pup each, bringing the total population up to about 20 million bats. The cave isn’t open to the public, but members of Bat Conservation International are typically able to view the bat emergence on certain designated nights each year. Learn more about becoming a member here.

Cave Without a Name in Boerne is another local cave that offers explorers a chance to visit, but this cave is also unique in that it hosts concerts.

Cascade Caverns and Wonder Cave are also close to San Antonio if you’re looking for something to do but don’t want to drive too far. View the 12 caves you can visit on the map at the top of this article.

Call ahead or make reservations online on the cave’s respective websites before driving to see these natural wonders. The coronavirus pandemic may have shifted hours of operation or reservation policies.

Fun Fact: If you’re looking to visit the largest cave in Texas, you’ll have to shell out about $26 million. Fern Cave is the deepest cave in Texas, and it’s on private property, but that property is currently for sale. Check out Monarch Ranch here.

Can show caves in Texas and around the world survive after COVID-19?Family owned and operated cavern offers ‘Discovery Days’ every weekend in June