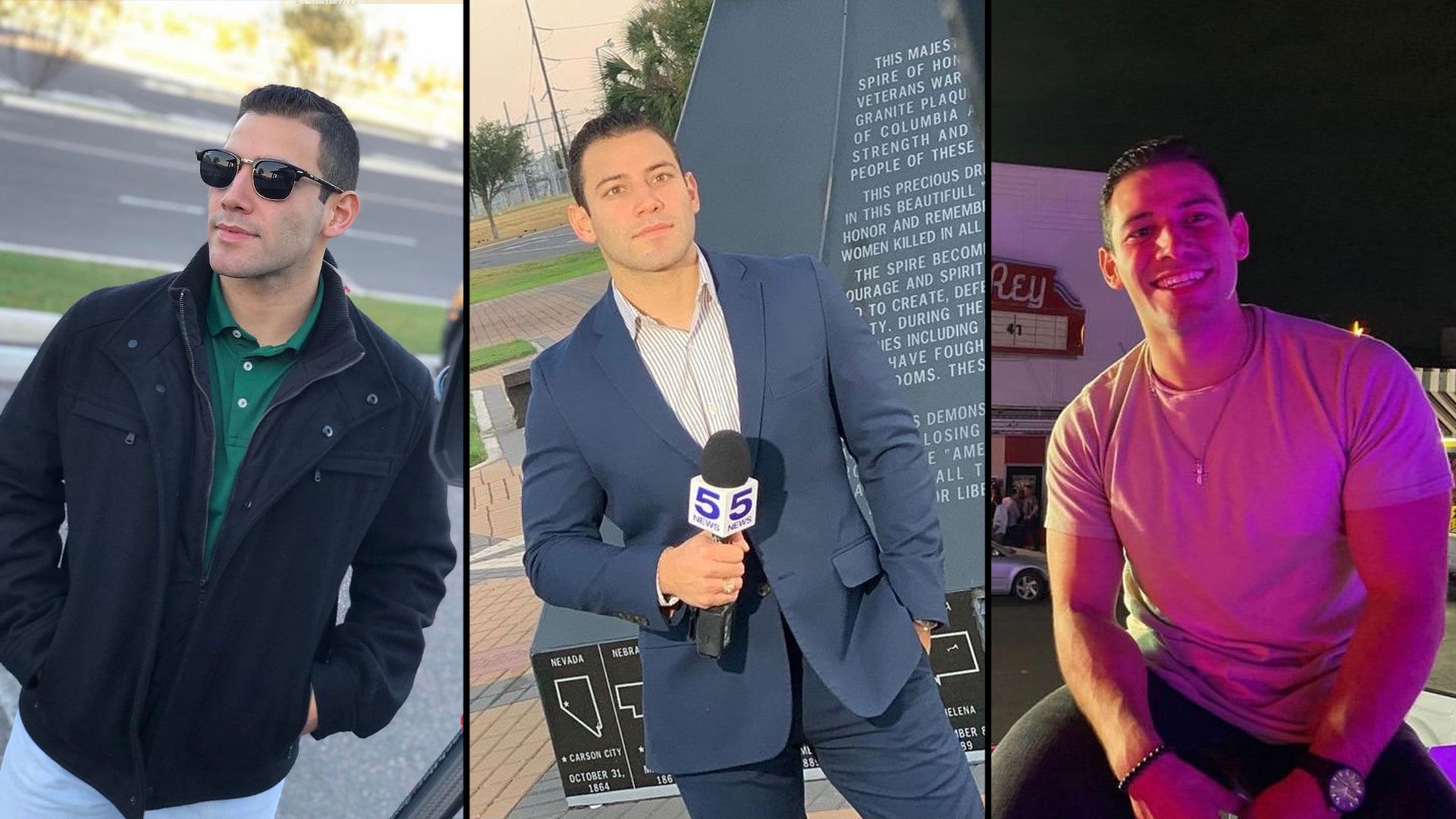 Wait, do I know that guy? You might be wondering why the newest KSAT reporter looks familiar.

John Paul Barajas, who joined the talented KSAT 12 news team this week, is one of a number of Barajas men who have worked at KSAT in the past.

We asked John Paul to chat with us and answer a few questions so you can get more familiar with the new face you’ve likely already seen on your television, mobile apps and streaming services. (Keep up with John Paul on social media! He’s on Twitter and Facebook.)

When do you officially go on air and which newscasts can people find you on?

I went on air on my first day for breaking news. That was June 28.

I’ll be on the evening newscasts, including the 5 p.m., 6 p.m. and 10 p.m. Nightbeat Wednesday through Sunday, for now.

What’s your history in the news? Where did you start and how did you end up at KSAT?

My dad, Mike Barajas, is the first in my family to work in news. He anchored in Houston for many years. Then my cousin came along, Erik Barajas, and he worked at KSAT, too, before moving to Houston. Then my older brother – he’s the middle of the family — Bill Barajas, was here at KSAT as well. He’s now working in Houston, too.

I got my start in news in 2018 with KRGV – the ABC affiliate station in the Rio Grande Valley. I worked there for three years before signing with KSAT a few months back. While at KRGV I worked as a reporter, weekend anchor and then weekday morning anchor.

What made you want to get into journalism?

Well, if my last answer didn’t give it away… ha! My family definitely had a big role in my wanting to get into this business. They never pushed us to do it or even encouraged it but I always looked at TV news differently and had more of an interest in it than I think most kids do growing up.

Have you ever lived in San Antonio before?

Only for about three months when I interned with KSAT while I was still in college. But that was a number of years ago.

What’s a story that you’ve covered that you’re particularly proud of and why?

This is tough, but I think just because of the level of trust my station had in me – and regardless of your political views – any time you cover a president or vice president it’s pretty cool and definitely a different experience. So I’d have to say it was when I was covering former Vice President Mike Pence’s arrival in the valley to visit the border. I was in the airport hangar and we went live as soon as we saw his plane descending towards the runway. It was an incredibly long day.

The most recent was my first day at KSAT when I tagged out of my 5 p.m. package. I started to tag out “channel 5” (my previous station) and caught myself mid-word and stopped to say “KSAT 12 news.”

What are you looking forward to most about working at KSAT?

Whenever you start at a new place I think it’s important to try and learn as much as you can from those who have been doing the job longer than you have. So starting here at KSAT I’m excited to have a brand new set of veteran journalists and the opportunity to pick their brains.

Do you have any hidden talents you’re comfortable sharing?

I might but I can’t think of any off the top of my head. Also, if I had a talent I would probably make it known pretty quickly. I can’t be keeping that from the world.

What is your favorite holiday and how do you celebrate it?

Christmas! My family always has a big get-together on Christmas eve with all my aunts, uncles and cousins. I’m huge on family so it’s always a good time to hang out and catch up. Also, some would say “it’s the most wonderful time of the year.”

What is your go-to for breakfast tacos? (Or maybe you’re more of a pancake person?)

No go-to spot yet, but I’m looking forward to finding one. I’m definitely a taco as opposed to a pancakes guy.

What’s your goal for the future in the news?

No set-in-stone goal. I just try and keep getting better and see where my career takes me. But since all my family is in Houston, I definitely wouldn’t be opposed to ending up there someday.

Anything around town that you’re excited to try?

Anything about yourself that you want people to know?

I love sports – football, basketball and baseball, in particular. But, I could sit down and watch any sport. I’m a die-hard University of Houston fan – my dog is even named after the mascot “Shasta,” but don’t tell her she was named after a cat.