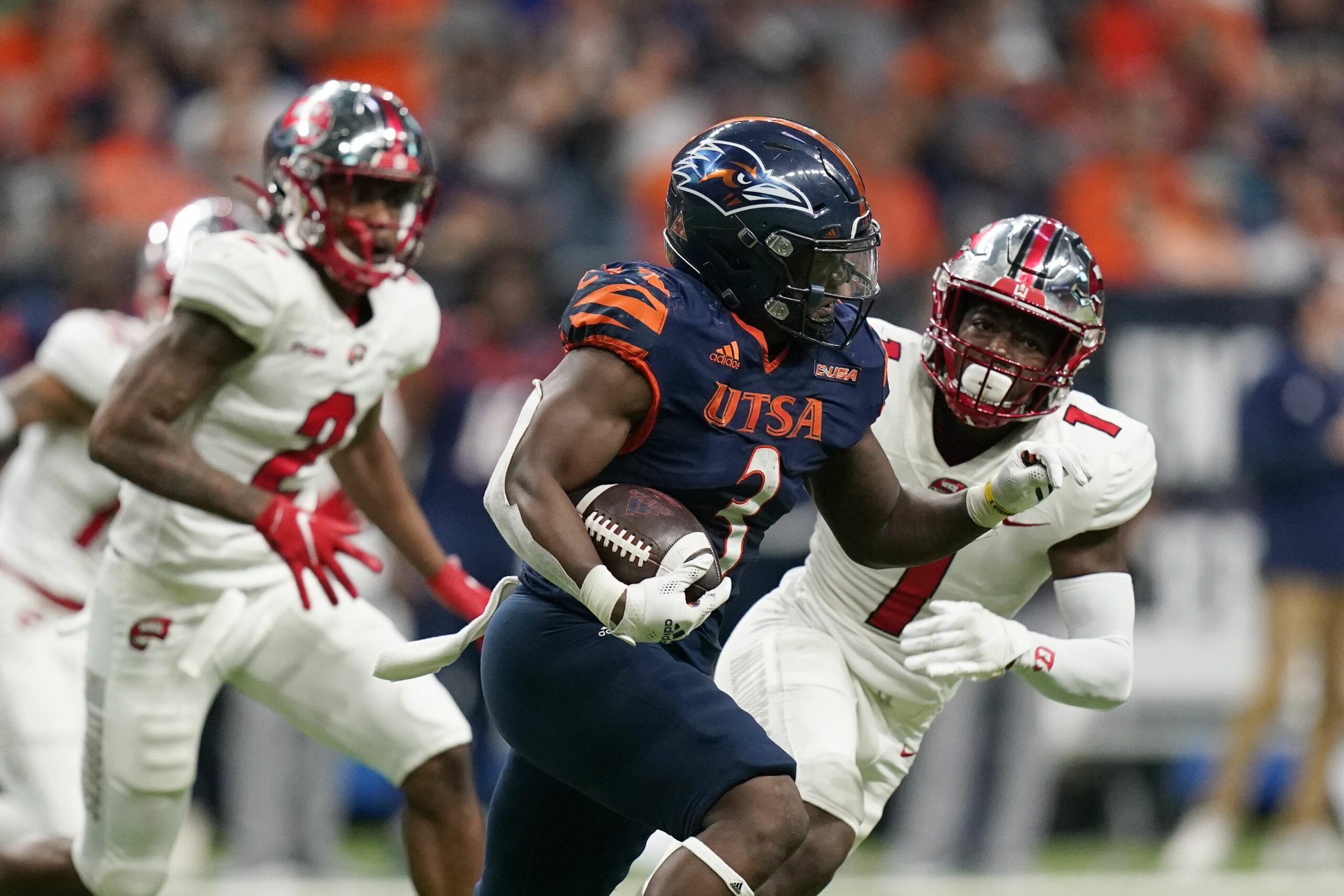 UTSA’s record-breaking running back Sincere McCormick plans to declare for the NFL draft and will not play in Tuesday’s upcoming Roadrunners bowl game, according to 247sports. The publication cited unnamed sources.

Earlier this week, McCormick became the first AP All-American player in UTSA football history when he was named to the Associated Press All-American third team. He was also named a second-team All-American by the Football Writers Association of America for the second straight year.

And the accolades don’t end there.

McCormick was selected as the Conference USA Offensive Player of the Year and was first-team all-conference for the second consecutive year. Dave Campbell’s Texas Football named him Best Running Back and All-Texas College First Team.

McCormick set UTSA records for rushing and carries this season with 1,479 rushing yards and 15 touchdowns on 298 carries. He also caught 22 passes for 184 yards.

McCormick was a highly rated recruit out of Judson High School, but chose to stay home and help build UTSA’s program. In his three seasons with the Roadrunners, McCormick became the university’s career leader in rushing yards (3,929), touchdowns (34) and all-purpose yards (4,438). He holds 20 UTSA football records.

McCormick is reportedly set to leave UTSA with two years of eligibility remaining. The Roadrunners ended their season ranked No. 24 in the AP poll, winning the conference title with a 12-1 record. UTSA will play San Diego State in the Tropical Smoothie Cafe Frisco Bowl. Kickoff is set for 6:30 pm on ESPN.