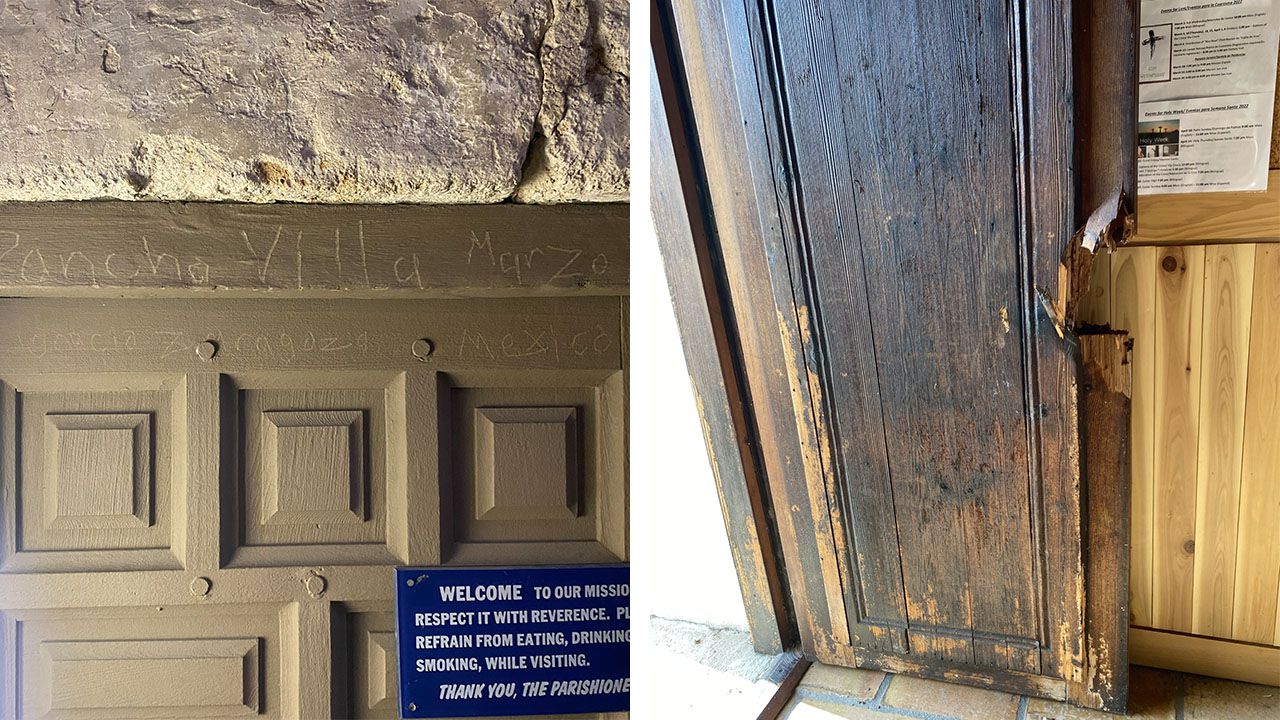 Investigators are seeking help from the public to identify vandals who broke into historic churches at San Antonio Missions National Historical Park earlier this month.

Park officials reported that the incidents occurred at Mission Concepcion and Mission San Juan between March 12 and March 17.

The vandals caused “considerable damage” as they gained entry into the San Juan Church and the Concepcion Convento, according to a news release from the park.

They also attempted to break into Concepcion Church, though they were unsuccessful. Instead, the vandals carved names and dates into the church’s entry door.

Tips can be submitted anonymously to the National Park Service. Tipsters can call or text 888-653-0009, email nps_isb@nps.gov or submit a tip online here.