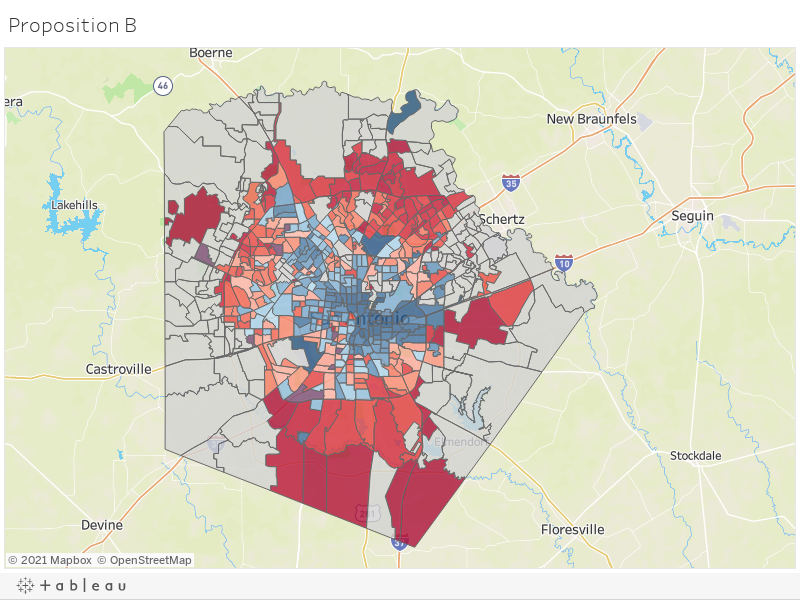 It’s been more than a year since a disturbing video clip showing a Minneapolis police officer killing George Floyd sparked a national movement.

The days and weeks that followed Floyd’s death were filled with protests and marches. These demonstrations happened in communities across the country and across the globe

Here at home, the protests forced San Antonians to examine our own history of racism.

With time and an ultimate conviction of the police officer, the protest crowds thinned and eventually marches stopped. What remains are continued calls for an end to systemic racism and accountability from our law enforcement officers and policymakers.

But have the past 12 months brought about any change?

(Watch the full episode on demand in the video player above.)

A look back at how protests played out in San Antonio

It was the last weekend of May 2020 when San Antonio saw a massive protest similar to the ones happening across the country in the wake of George Floyd’s slaying. Thousands of marchers flooded downtown streets, holding signs reading “Black Lives Matter” and “No Justice, No Peace”.

After an afternoon of largely peaceful protests, and after many demonstrators had gone home, tension grew. Eventually, some flung rocks and fire extinguishers through storefront windows at Rivercenter Mall and a few scuffles broke out. Police fired tear gas and pepper and rubber bullets, according to SAPD Chief William McManus.

Watch the video below to hear KSAT reporters, photographers, producers and anchors describe how the protests played out a year ago:

KSAT Explains premiered just weeks after the protests in San Antonio. We dedicated our first episode to the conversations happening in the wake of George Floyd’s murder. Click here to watch KSAT Explains: Unrest in America.

Like others across the country, Oji Martin decided to take action after the death of George Floyd. Martin founded Fix SAPD last summer with two petition drives to repeal two local government codes — Chapter 143 and Chapter 174.

Ultimately, Fix SAPD only amassed enough signatures to put the proposed repeal of Chapter 174 on the ballot, or Prop B. Chapter 174 is the state law that gives the San Antonio Police Officers’ Association the right to collectively bargain for a contract. Prop B ultimately fell short of 3,745 votes, or a margin of less than 3 percentage points, and the collective bargaining rights of police here remained.

View the map below to see where Prop B drew the most support, opposition.

Even though Prop B didn’t pass, the close final vote was seen as a step in the right direction to those in favor of police reform.

“I think the whole pursuit of Prop B showed that a lot of people in this city, even those who voted against Prop B, want to see change,” said Carey Latimore, Ph.D., an associate professor of history at Trinity University.

Martin wasn’t the only San Antonian to push for police reform. You may also recognize local activist Pharaoh Clark. Clark was on the steps of City Hall protesting last summer, when Mayor Ron Nirenberg vowed to create change and to start having difficult conversations.

San Antonio Mayor @Ron_Nirenberg to protesters: ‘We want an end to systemic prejudice. There are people who will make mistakes, people on my side who make mistakes. Hold me accountable because I’m the mayor of this God damn city and we’re going to make change together. #KSATnews pic.twitter.com/4YgBgvsY71

“I think that he was very genuine when he looked at me and said that he wanted to help,” Clark said.

Clark views that moment as pivotal to the city. A moment when city leaders stopped playing a neutral role, and said they wanted police accountability and transparency as well.

The mayor started meeting with Clark and other community members who were ready to address police reform and racial inequities. That group became the San Antonio Coalition for Police Accountability.

“It’s a group of a bunch of different organizations and like-minded individuals,” Clark said. “We come together and meet with officials. We find out where the problems are, and we try to come up with the solutions.”

Some residents and activists, including Clark, called on the city to cut the San Antonio Police Department’s budget and move that funding to other departments. Instead, the department’s general fund budget increased more than $7 million. The city said the increase was largely due to a scheduled 5 percent pay increase for officers.

City Manager Erik Walsh did demand a review of the city’s policing model as part of the budget. Virtual community meetings labeled SAPD & Me started in 2021, as a way to encourage people to get involved in the conversation about police reform.

San Antonio was one of the only major Texas city without a policy on police body-worn camera footage until December 2020.

SAPD’s policy states that videos and 911 recordings must be released within 60 days of incidents in which officers shoot and kill someone, or use force that results in a person’s death, with a few exceptions. One of those exceptions: videos related to domestic violence. The policy states those videos would only be released if Police Chief William McManus determined they serve a law enforcement purpose.

“I do think that we need to find a way that people have access to those body cams,” Carey said. “But we also have to recognize sometimes those things don’t tell us everything that we need to know.”

Since the start of 2021, San Antonio police have shot and killed six people. As of the end of May, SAPD had not released a single video clip from any of these confrontations.

In August of 2020, the San Antonio City declared racism a public health crisis.

That declaration was both an acknowledgment that some people face greater health challenges because of their race or where they were born, and a call to action for the city to lessen those challenges and create greater health equity.

But in the last nine months, we’ve seen little action as a result of that declaration — a point of criticism for some San Antonio residents.

Glo Armmer, who writes contracts by day and poetry by night, is looking for more from the city’s declaration.

“I don’t know what we were expecting, but you want something substantial,” Armmer said.

San Antonio Metro Health says it is doing something. But first the department had to do some investigating to better understand local problems and how to fix them.

Assistant Director of Community Health and Safety Jennifer Herriot said that Metro Health made sure to look at the city’s problems from a racial, ethnic and income perspective.

“We’re not that surprised by what we found, and that is that we really need to be continuing to focus our work on the west, south and east sides of town,” Herriot said.

It’s not just the data. Metro Health has also been taking a closer look at itself — scrutinizing its workforce when it comes to training and diversity, trying to make sure the people crafting solutions to race-related health disparities are representative of the communities they’re trying to serve.

“In our advisory board that we have in our programs, we are going to bring representation from the marginalized communities,” said Carlos Rodriguez, Manager for Metro Health’s Office of Health Equity. “Not only from stakeholders that work with the communities, but also people that belong to those communities.”

The problem areas Metro Health wants to address range from lack of nutrition to domestic violence, which the health agency found happens at a higher rate in marginalized communities. The team at Metro Health has developed a set of 14 strategies for targeting five areas of health-related challenges. Herriot and Rodriguez tell us the finishing touches are being put on those plans, but they’re not ready to be released.

Even without seeing the plans, we know money is key to making it happen. Rodriguez said Metro Health is accounting for that, and metrics to show whether change is actually happening.

Watch episode 15 of KSAT Explains below. Why San Antonio has declared racism a public health crisis:

The summer of 2020 was a moment that many people referred to as the start of a racial reckoning across the country. But where will this reckoning lead and what will be the long-term impact?

There is hope that real change is on the horizon and that this will be a major milestone in future history books.

“Change doesn’t happen overnight. It’s sometimes a slow, evolving process and I think that there is a process of change in which the pieces are being put into place,” said Latimore.

Derek Chauvin’s conviction may have been a sign of those wheels in motion.

“We’ve been hoping that we would be heard and so it did my heart good to see that finally somebody was being held accountable,” said Armmer.

In the process, last year’s protests brought different communities and people from all different backgrounds together.

“We might be able to identify with somebody through an experience, maybe we were profiled,” said Latimore. “That experience can link us on an emotional level.”

The past year has also had an effect on how we discuss race in our country. These conversations can be uncomfortable but connect all of us.

“There’s a sense of unfortunate gratitude and it bringing us here today. Being able to have these conversations that we’ve had and just to see where America is, and how people really feel when it comes to talks of humanity,” said San Antonio activist Valerie Reiffert.

Watch the video below for more on how last summer’s protests affected the way the media, including KSAT, discuss race and policing in newsrooms, and how the COVID-19 pandemic put a spotlight on existing inequities — from education to transportation — in San Antonio and across the country.