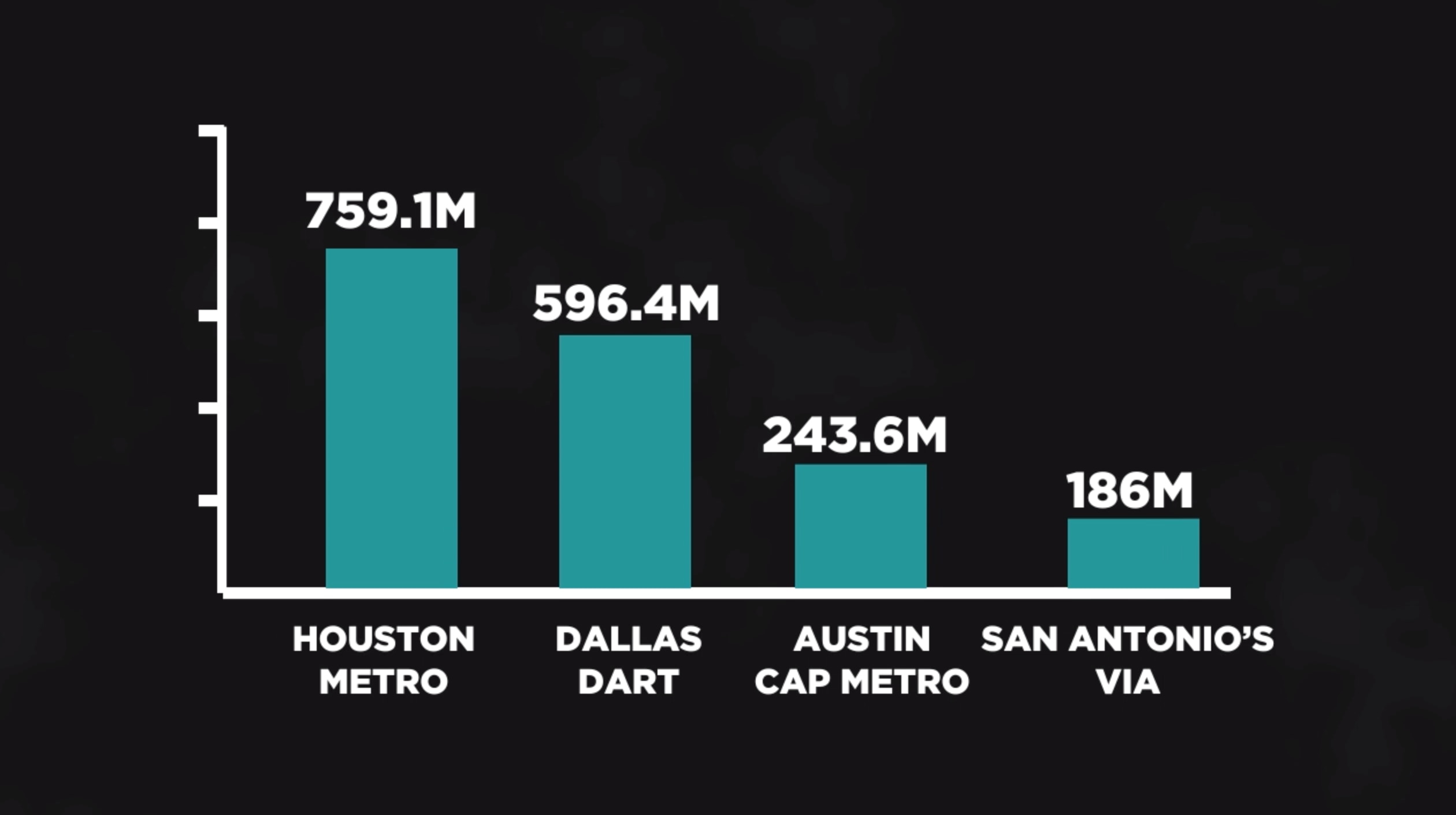 Editor’s note: The Nov. 2, 2021 KSAT Explains livestream features portions of a previously aired episode. You can watch it live in the video player above. After Tuesday night’s livestream, you will be able to watch the 2020 version as a video on demand.

Transportation is a vital part of any major city, but it can also be one of the biggest sources of frustration.

Many people have argued for years that more needs to be done to when it comes to mass transit in San Antonio.

From streetcars to light rails, there have been efforts to expand transportation offerings, but these efforts have not been successful.

Our primary mode of public transportation is VIA Metropolitan Transit, but there has been an ongoing struggle for years for added funding for the transportation service.

In this week’s episode of KSAT Explains, we examined San Antonio’s troubled mass transit history, the challenges ahead as our city continues to grow and what and lies down the road for VIA.

(You can see the full episode in the video player above.)

When people think of VIA, they likely think of buses and that is still the transit agency’s mainstay.

Since it was founded in 1977 and hit the streets a year later, VIA has expanded ways to get riders get around the city.

Today, VIA operates 479 buses and 139 vans that travel on 96 routes in more than a dozen Bexar County member cities. We looked at how VIA has worked to meet the different needs of different riders.

Over the past two decades, there have been efforts to expand San Antonio’s transportation options.

One of VIA’s more ambitious proposals was for a $1.5 billion, more than 53-mile light rail system that would have stretched across the city.

Voters rejected the quarter cent sale tax increase to fund it in 2000.

In 2011, VIA introduced the modern streetcar project, but the $280 million dollar proposal was met with push back and ultimately fell apart.

VIA is underfunded compared to transportation entities in other major cities in Texas.

It’s one of the largest transit agencies that receives fewer operating dollars compared to Dallas, Austin and Houston. Those cities all get one full cent from sales tax.

VIA receives 5/8th of one cent, 1/8th through the advanced transportation district funds and half a cent through sales tax.

As the image below shows, it adds up to all of those cities, including Austin, having more funding that San Antonio.

Transportation like nearly everything else comes with a cost so when funding falls short, so does service.

We broke down some of the disparities in time and distances that current bus riders may face compared to those who use a car.

According to a VIA survey, 58 percent of its riders live in households without a car.

Having a reliable public transportation is necessary to many underserved communities and critical in the fight for equity.

The history of VIA Metropolitan Transit and its funding issues from the startMeet some of the people who rely on VIA to get to work, school or run errandsHow much progress San Antonio has made with its transportation goals set out a decade ago