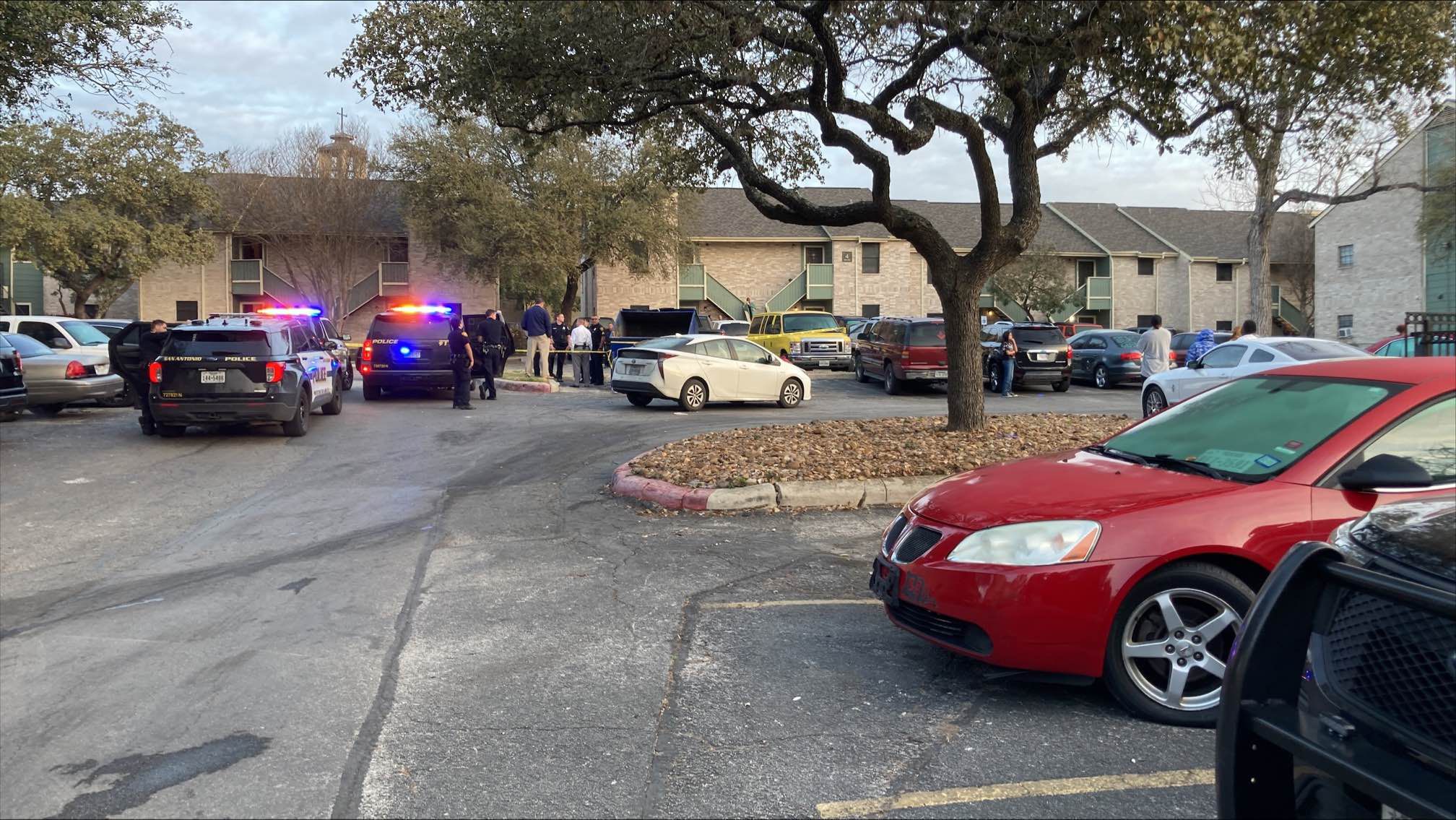 San Antonio police are questioning several people after a woman was shot at a North Side apartment complex and one of the shooters allegedly left with a child in hand.

Police said they received multiple calls for shots fired around 7 a.m. on Thursday in the 13800 block of Dreamwood Drive, not far from Nacogdoches Road.

When they arrived, they found a woman with at least one gunshot wound. She was taken to Brooke Army Medical Center, and her injuries are not expected to be life-threatening.

Police said they are speaking to several people, and it is unclear if there was more than one shooter.

Police said it appeared that one of the alleged shooters took off with a child. At this time it is unclear if the child was found nearby, but police said all children in the area have been accounted for.

No other injuries were reported.

Multiple people are in custody, police said, adding that “it’s quite a mess right now.” Officers are also still trying to determine what led to the shooting.

KSAT has a crew at the scene. This story will be updated as more information becomes available.