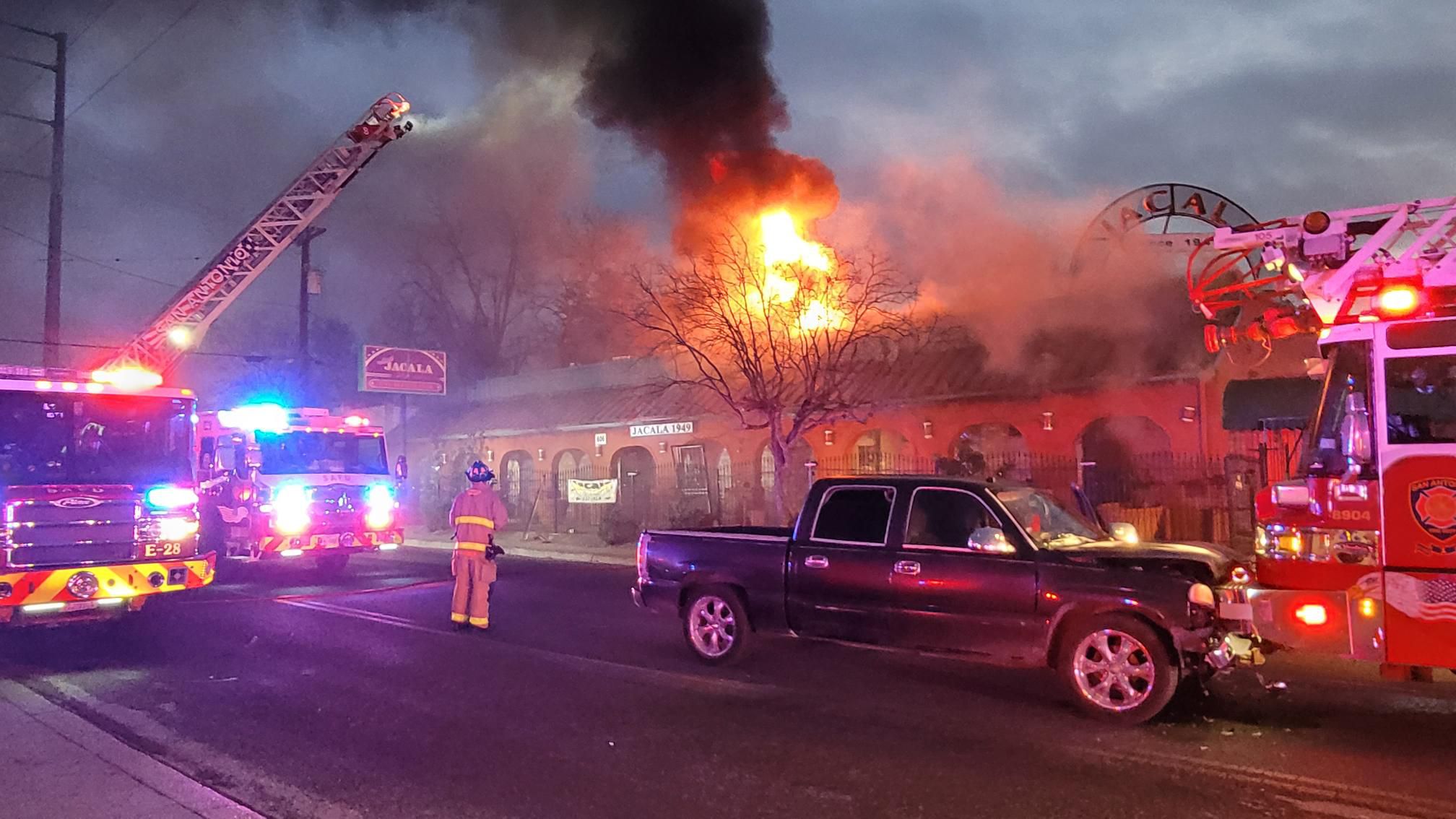 San Antonio firefighters have responded to a fire on the city’s North Side early Thursday morning.

The fire was called in around 6:30 a.m. at the Jacala Mexican Restaurant in the 600 block of West Avenue, not far from West Hildebrand and Interstate 10.

At this time, not much is known about the fire. It is unclear if anyone is hurt.

Firefighters did say they arrived to find flames coming from the roof. According to the San Antonio Fire Department website, as many as 17 units answered the call.

San Antonio police said the driver of a truck passing by had a medical episode and crashed into the back of a fire engine that was set up. The driver was not hurt, and no charges are expected to be filed as a result of the incident.

KSAT12 has a crew at the scene.

This is a developing story. Stay with KSAT12 both online and on-air for more information.