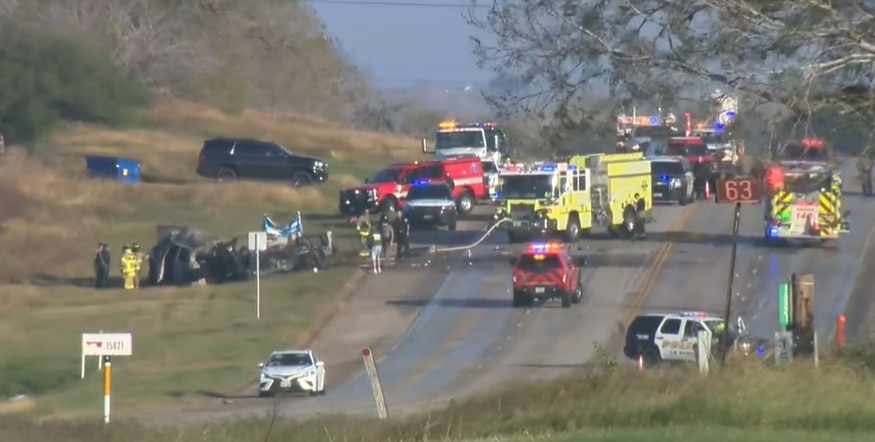 Two men are dead and another man is in critical condition after a fiery crash in La Vernia, according to the Texas Department of Public Safety.

The incident happened Saturday afternoon on US Highway 87 West and County Road 361.

Officials said a Ford F-150 truck was heading southbound when it tried to pass another vehicle. However, the driver of the truck lost control and hit an oncoming Ford pickup truck.

Both of the trucks went up in flames due to the impact and both drivers died at the scene, according to DPS. The drivers have been identified as Jordan Williamson, of Cibolo, and Kenneth Boyd, of Richardson.

Another man was inside of the Ford pickup driven by Boyd, and was taken to the Brooke Army Medical Center in San Antonio in critical condition.

Officials said it’s unclear if speed was a factor in the crash and the investigation continues.

Child killed, father and infant injured after car crashes into bayou, Galveston County deputies sayMotorcyclist in critical condition after being struck by SUV on I-35, police say