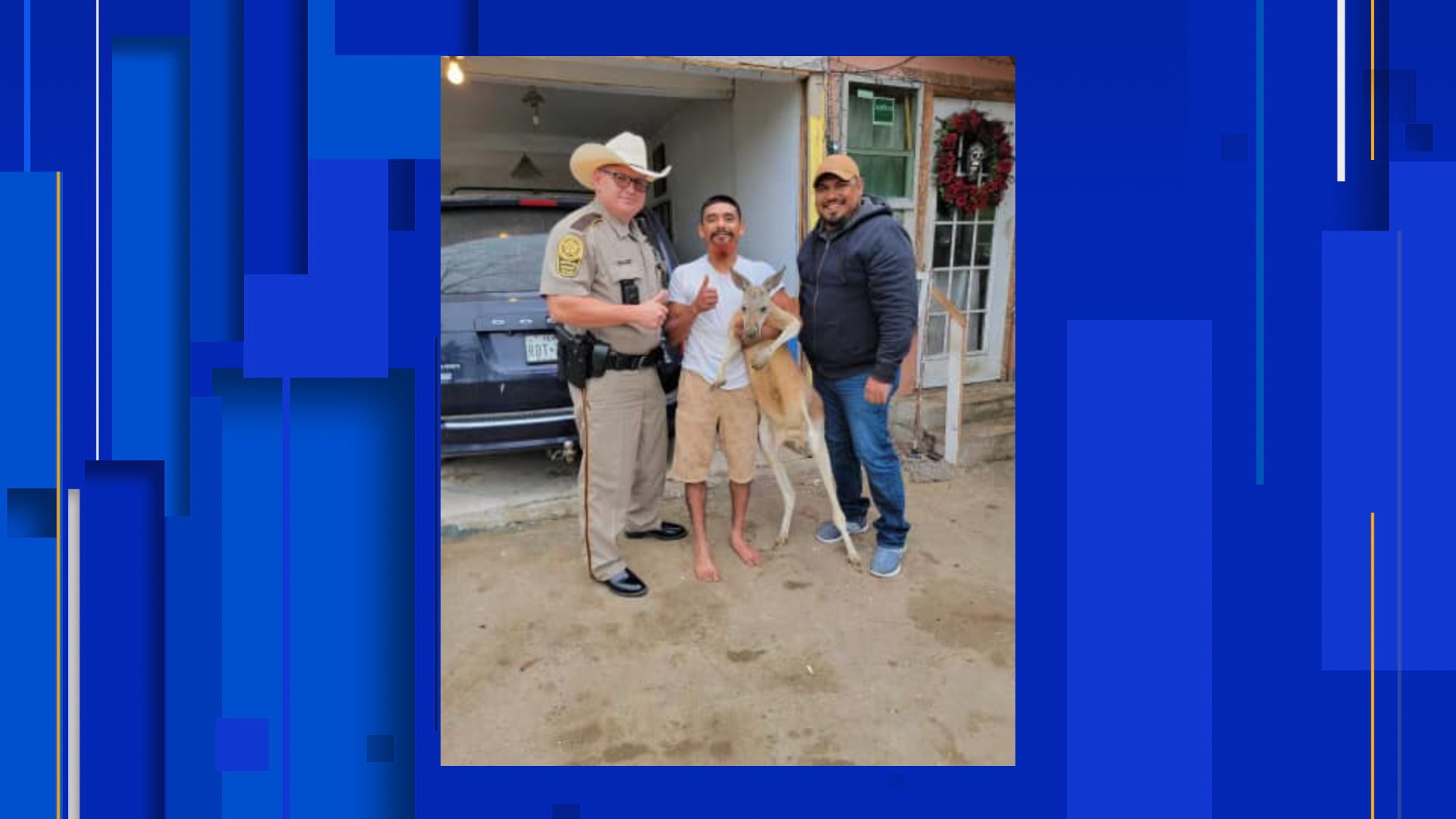 It’s not an animal you would expect to see in Texas, but for residents in Hidalgo County, this animal sighting had some calling local authorities.

According to a Facebook post from the Hidalgo County Sheriff’s Office, deputies were called for a kangaroo sighting in the 12000 block of Apache Drive in Mercedes, Texas.

Deputies said they located and captured the kangaroo about two miles from the ranch it belongs to and returned the animal to its owner.

No injuries or property damage was reported and deputies say they are still working to determine how the kangaroo escaped the ranch.