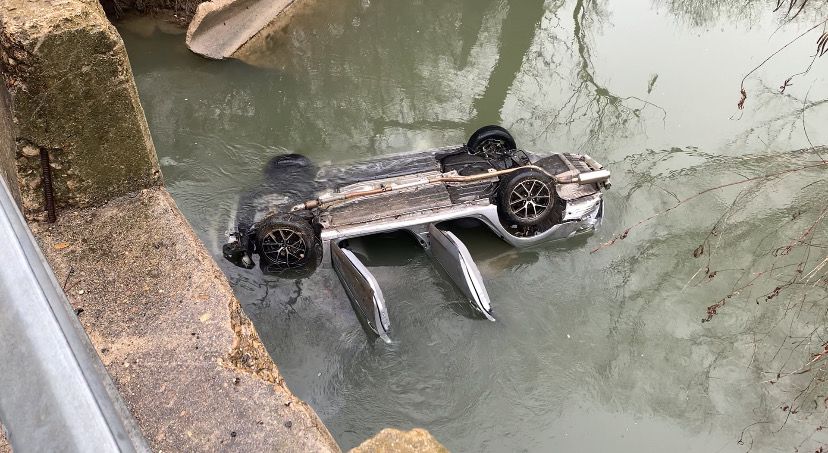 A woman was injured and hospitalized after Bexar County sheriff’s deputies said she lost control of her SUV and crashed into the Medina River early Saturday.

The incident happened around 3 a.m. on S. Flores Road, on the South Side.

When authorities arrived at the scene, neighbors claimed they heard the crash and went outside to see what happened. That’s when they saw the woman’s SUV submerged in the river.

Officials found the woman sitting nearby in waist-high water, conscious but injured.

Upon further investigation, deputies said the woman was heading southbound on S. Flores when she lost control of her vehicle, went into the grass and then skidded into the Medina River.

She was taken by EMS to an area hospital for treatment of injuries. Her condition is unknown at this time and no one else was injured in the incident.

Officials have temporarily closed the roadway as they work the scene. This is a developing story and we’ll bring more updates as they become available.

4 teens extracted from vehicle after crashing into tree on city’s North Side, officials say