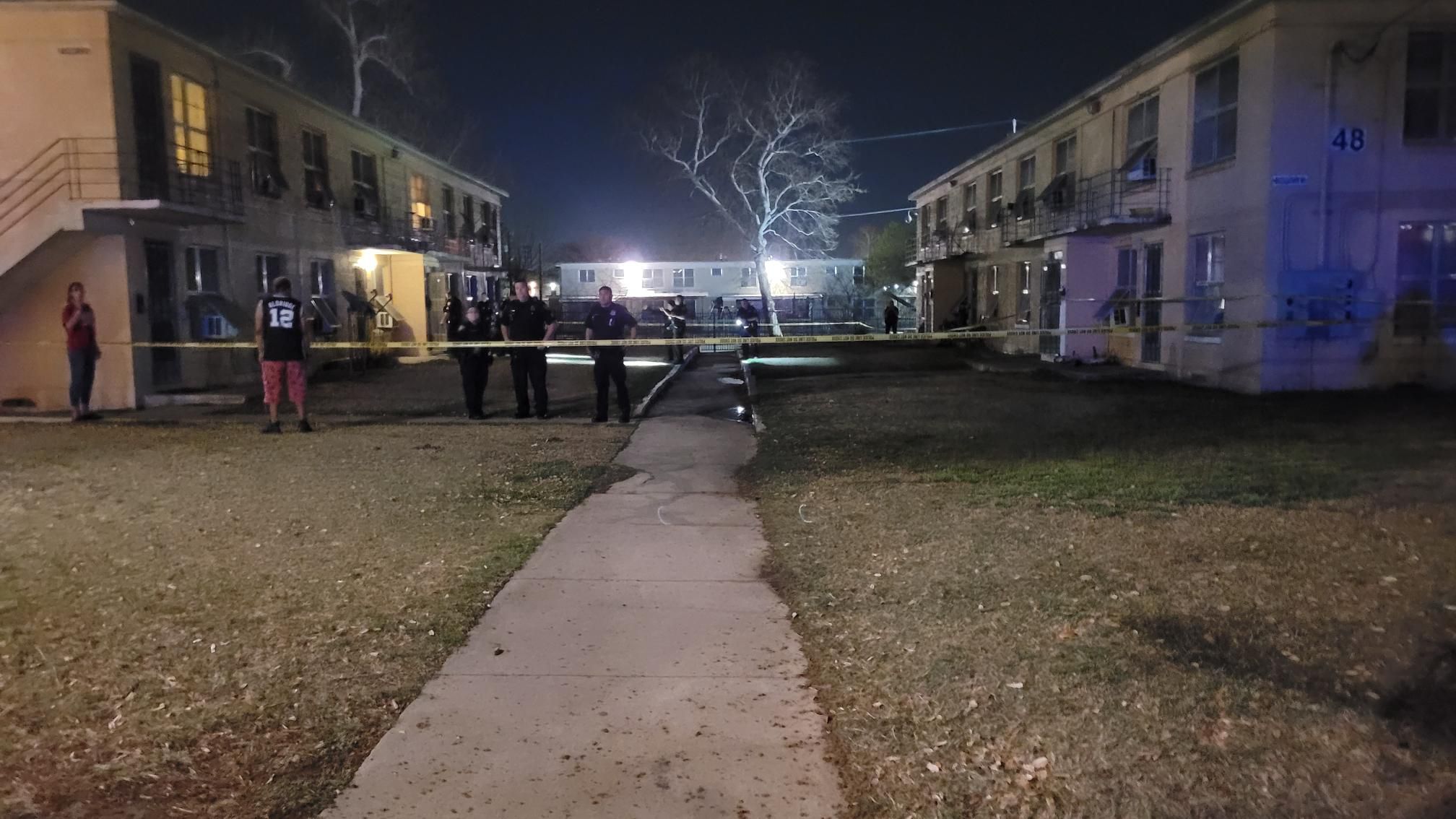 A man was shot multiple times as he sat on a stairwell outside a West Side apartment complex Tuesday morning, according to San Antonio police.

The shooting was called out just after 6 a.m. in the 400 block of Micklejohn Walk, not far from North Hamilton Avenue and Lombrano Street.

An SAPD sergeant at the scene said the man, 29, was sitting at the bottom of the stairwell when another man walked up and fired about eight or nine times at him from the sidewalk, hitting him several times.

The shooter then walked closer to the man and shot him two more times, police said.

The shooting victim suffered multiple gunshot wounds including a couple to the head. He was taken to the hospital with life-threatening wounds.

The shooter, believed to be in his 20s, ran away from the scene. SAPD deployed its EAGLE helicopter in the search for him, but he has not been located.

The shooting remained under investigation Tuesday.

Arson investigators called after overnight fire at East Side homePedestrian hit, killed by vehicle after crash on East Side identified