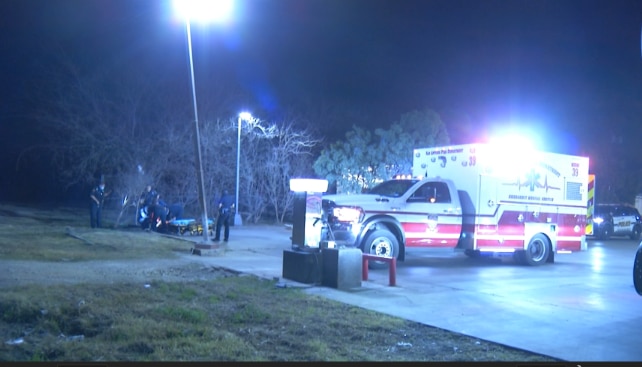 San Antonio police are searching for a suspect after a man was stabbed at a homeless camp on the city’s Northeast Side early Wednesday morning.

The incident occurred around 2 a.m. in the 8700 block of Perrin Beitel Road, not far from Loop 410 and Industrial Center Road.

According to police, the victim had gotten into an argument with man dressed in all black behind Valero gas station. That’s when, police say, the victim was cut in the chest and back, likely with a box cutter. The suspect fled following the stabbing.

The wounded man was taken by EMS to an area hospital, where he is listed in stable condition. The man’s name has not been released.

SAPD did not say exactly what the argument was about. The investigation is ongoing, police said.