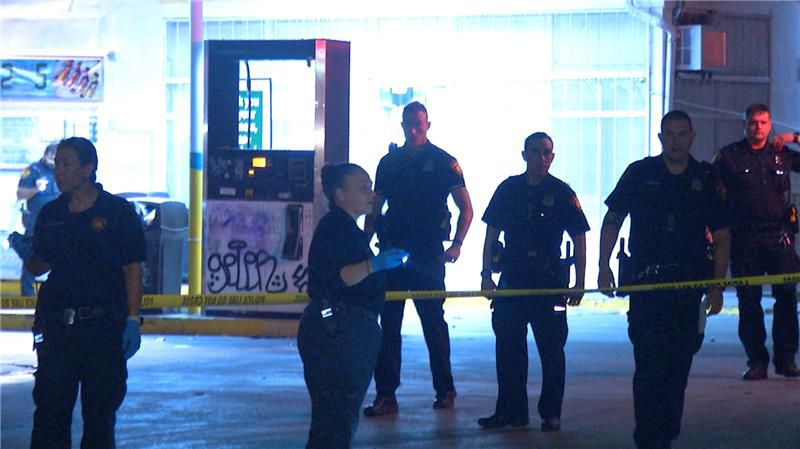 San Antonio police are investigating following an exchange of gunfire at a West Side convenience store late Tuesday night.

Officers were called around 9:30 p.m. to a convenience store in the 750 block of Cincinnati Avenue, not far from North Zarzamora Street and Interstate 10 after receiving word of shots fired.

According to police, two men were inside the store talking and watching the surveillance cameras just before exchanging gunfire. That’s when, police say, both people fled to their vehicles and drove away from the scene.

Police said one of the men showed up in a sedan to a hospital with a gunshot wound. He was taken to University Hospital in critical condition.

At this time, it is not clear exactly what started the altercation. No other injuries were reported.

SAPD said the other man involved in the shooting has not been found. The investigation is ongoing, police said.