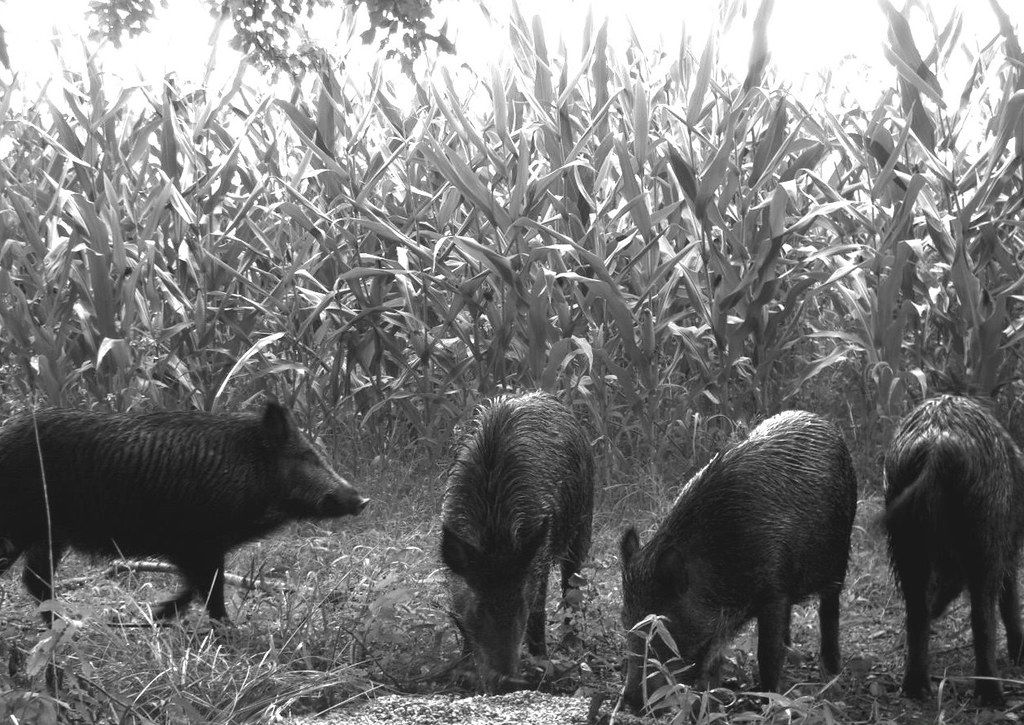 The illegal transportation of wild pigs on the “underground wild pig railroad” has caused a massive explosion in population for the animals in a term Zoologist John “Jack” Mayer has coined a “pig bomb.”

All feral hogs are wild pigs, however, not all wild pigs are feral hogs, said Mayer. “Wild-living members of the [Sus scrofa] species are commonly and consistently referred to as wild boar, or occasionally wild pigs, in the scientific literature,” according to a Wildlife Society Bulletin from 2016.

Feral hogs are an invasive species largely introduced to North America by Spanish conquistadors in the 1500s. Since then, their numbers have skyrocketed due to the lack of predators and their relatively fast reproduction rate compared to other land mammals.

Mayer, who has been working with feral hogs/wild pigs for over 40 years, told KSAT that “starting in the 1970s and 1980s, wild pigs became the second-most popular big game animals in North America; second only to white-tailed deer in the numbers harvested annually.”

He said hunters who didn’t want to drive south or to the West Coast to hunt the hogs where they were located, and “very quickly figured out that this was something that they could fix. All they had to do was get themselves a trailer-load of pigs, take them to where they wanted them, turn them loose, and the pigs did the rest.”

Feral hogs reproduce at an alarming rate with an average of five to six pigs per litter and one to two litters per year, according to Texas A&M Agrilife Extension, which estimates the feral hog population in Texas to be 2.6 million.

Additionally, Mayer said “literally every state” has a commercial fenced shooting operation offering a “wild boar hunt” and that at least one of these operations is also leaking pigs in every state. “Wild pigs don’t fence well.”

Roland Ortiz, owner of Ortiz Game Management, told KSAT last December that he equates “hog intelligence to dog or chimpanzee intelligence,” after trapping a 271-pound boar that jumped a fence on San Antonio’s Northwest side and attacked a resident’s potbelly pigs. Ortiz noted that hogs problem solve and communicate and “if you give them a way out they’ll take it.”

The USDA notes that feral swine are “intelligent animals” and if a trap used to capture the animals is improperly set, the swine “that are not captured will then be educated and much more difficult to capture later.”

Between the illegal transportation of pigs across state lines and the leaking fence operations “this is where the Pig Bomb came from,” Mayer said.

A report from June 2020 from the USDA states that feral swine have been reported in at least 35 states and estimates that the total population is “over 6 million and is rapidly expanding.”

A bill allowing the hunting of feral hogs without a license with consent of a landowner passed unanimously in the Texas Senate in April 2019, and the law went into effect on Sept. 1 of last year.

“Feral hogs can be found in 99% of Texas counties and cause an estimated $52 million in damages to Texas agricultural enterprises each year,” according to the Texas A&M Agrilife Extension.

A 59-year-old woman was also found dead in the front yard of her Texas home last November after she was attacked by several feral hogs.

So what can be done? The USDA, which has an entire campaign called “Manage the Damage” dedicated to stopping feral swine, lists the following as ways to help manage the feral swine population:

Fencing – Fences help deter feral swine but “if motivated or agitated [swine] can destroy most fences, which should be considered during construction.”Harassment – This is effective for immediate removal of feral swine from a particular area but “is not practical on a large scale, and will likely shift feral swine problems from one area to another.”Vaccination of livestock and pets – Feral swine carry disease which could be transmitted to livestock. These diseases include “leptospirosis, brucellosis, porcine reproductive & respiratory syndrome, porcine circovirus type 2, influenza, and E. coli.”Contraception – Studies are being conducted into the development of contraception for feral swine which “may be useful for very specific situations… however, there is no registered contraceptive for use in controlling feral swine populations at this time.”Trapping – Trap, bait and location are all factors when trying to trap feral swine. “Captured feral swine should not be moved or released back into the environment, and should instead be humanely euthanized once in the trap.”Snares – This is for use in specific situations where traps are considered impractical. “To assure the humane capture and dispatch of the animal, snares must be checked regularly and all snaring rules and regulations for your state must be followed.”Ground shooting – Shooting is considered effective when there are a few feral swine in a particular area. “If larger groups are observed, shooting a few individuals of the group can disrupt the social organization and cause them to disperse even further across the landscape, thereby increasing the potential for damage.”Aerial operations – This is ideal for grasslands and open landscape and is “an effective means of quickly and efficiently reducing feral swine numbers,” but it’s not permitted in all regions and may be cost-prohibitive.Toxicants – Research is currently underway to identify a “toxicant capable of effectively and humanely removing feral swine, without having an adverse effect on the environment and non-target species.”